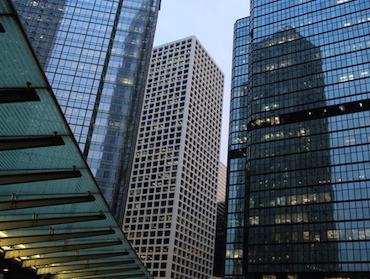 As China’s domestic market uncertainties persist, Chinese outbound real estate investment continued to grow strongly in 2015. By the end of 2015, the total Chinese outbound capital has reached nearly US$30 billion, doubling that of 2014, according to global property consultancy Knight Frank.

In 2015, there were significantly more Chinese developers investing overseas with gateway cities continuing to attract the bulk of the investment, reflecting their need on for investment diversification.

In contrast, there has been only a small increase in the number of insurers investing abroad, however the transaction size attractive to the insurance companies is typically far larger than that of other buyer groups.

There has been significantly increased investment in U.S. commercial real estate, making it the fastest growing mature market.

Meanwhile strong growth in Australia continues unabated, while investment in the U.K. is on par with that of 2014. 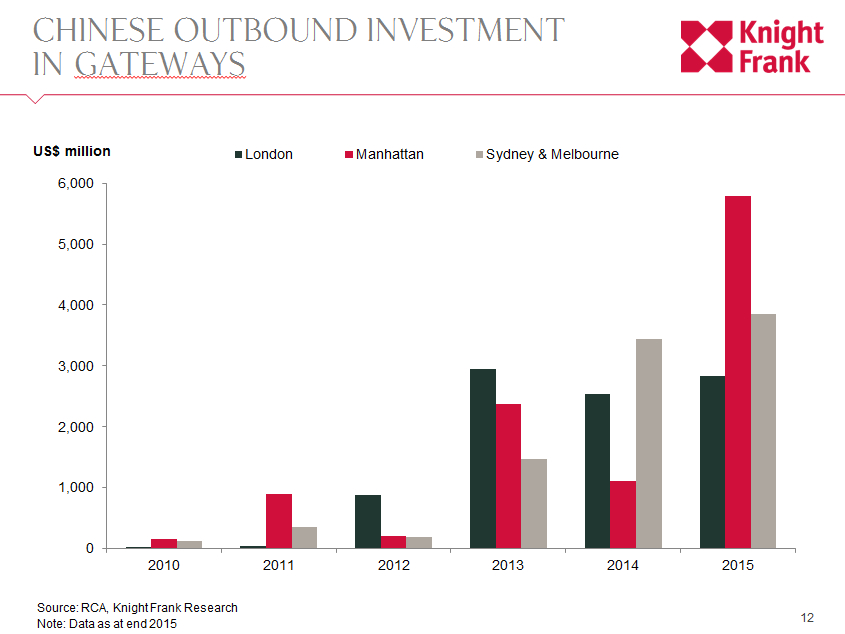 "This is followed by Sydney and Melbourne in second place in 2015, attracting a total of US$3.8 billion of Chinese investment. London was in third place mirroring the momentum of previous years."

Paul Hart believes that Chinese investors will continue be interested in the traditional gateway markets.

However, the advent of the "One Belt and One Road" policy will also focus Chinese institutional investors on economies that have close geographic and economic ties with China.

Beneficiaries will include Hong Kong, Southeastern Asian counties and India.

Interestingly, a Tokyo office investment by China Investment Corp was one of the biggest investments 2015 and we expect that Japan will continue to be of interest.