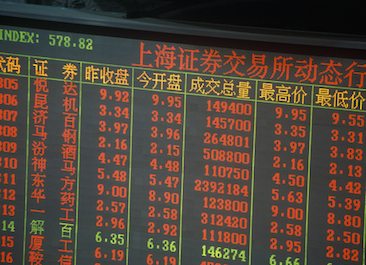 Chinese hedge fund managers seem to be fulfilling their promise: achieving steady returns in all types of markets and outperforming during down markets.

In the month of April, Greater China hedge fund managers lost 0.34% according to the Eurekahedge Greater China Hedge Fund Index, against the backdrop of the CSI 300 Index declining 1.85% during the same time.

On a year-to-date basis, Greater China dedicated hedge funds are down 5.02%, an over 10% outperformance compared to underlying markets as the CSI 300 Index plummeted 15.39% during the first four months of 2016.

Globally, hedge funds outperformed underlying markets as the Eurekahedge Hedge Fund Index were up 1.12% in April while the MSCI World Index ended the month up 0.67%.

The Eurekahedge Emerging Markets Hedge Fund Index climbing 2.57% during the month, as the climb in oil and commodity prices continued to support their performance.

North American and European managers were up 1.51% and 0.45% during April, outperforming the MSCI North America Index and the MSCI Europe Index which were up 0.77% and 0.86%, respectively.