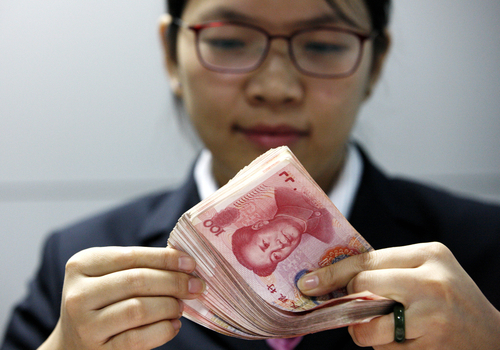 While China is nowhere close to meeting the current criteria to be labeled a currency manipulator nation, incoming U.S. President Donald Trump and his administration may choose to label China a manipulator in order to bring it back to the trade negotiations table, according to a report by BofA Merrill Lynch Global Research.

It is increasingly difficult to dismiss concerns that President-elect Trump will adopt protectionist trade policies. In recent Twitter posts, Mr. Trump disapproved of the yuan’s depreciation and implied that China could be named a currency manipulator country after his inauguration later this month.

Compared to imposing a universal 45% tariff on imports from China, which has legal hurdles and would almost certainly face Chinese retaliation, BofA Merrill believes a more likely measure would be to label China as a currency manipulator.

Each year, the U.S. Treasury Department conducts reviews in April and October to determine which country on its monitoring list, including China, Japan, Germany, South Korea, Taiwan and Switzerland, will be named a currency manipulator. 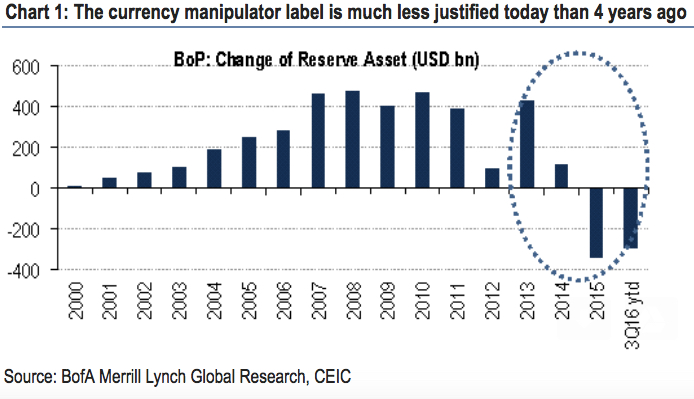 Under rules adopted by the Obama Treasury, China is not considered a currency manipulator as it fails to meet two of three conditions.

China’s official foreign exchange purchases also do not exceed 2% of its GDP. Last year, the People’s Bank of China actually drew down its reserves to prevent the Yuan from falling further.

Nonetheless, these criteria are far from being a fixed standard. Since they are not legally binding, it is not impossible that the future President would ask his Treasury Secretary to revise the criteria. He may also use his discretion as President to label China as a manipulator anyway, thus starting a highly uncertain year in U.S.-China relations, the report says.