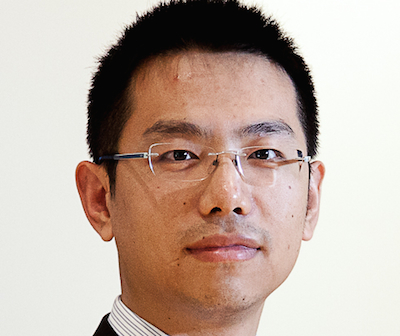 In this episode of China Money Podcast, guest Aidan Yao, an economist for emerging Asia at French financial services firm AXA Investment Managers, talks to our host Nina Xiang, about China’s second quarter economic indicators and their implications, how the Chinese government is likely to manage the property downturn, and why China’s Qualified Domestic Institutional Investor (QDII) program still faces a lack of interest from Chinese investors.

Q: Earlier this week, China’s second quarter GDP and credit data came out higher than market expectations. What’s your reading of these numbers?

A: These are broadly in line with our view that the Chinese economy has really turned the corner around the end of the first quarter, thanks to the government’s monetary and fiscal stimulus.

We are seeing clearly that the infrastructure spending has picked up, offsetting the slowdown in the property sector. But, the scale of the rebound during the second quarter is slightly stronger than our anticipation.

A: We see a clear pick up of Chinese banks’ on-balance-sheet loans. It’s been our view that as shadow banking activities shrank, the banks’ balance sheet loans have to grow in order to maintain credit expansion.

In the latest credit numbers, we also see a little bit of pick-up in shadow banking activities. But I don’t think they are flowing into the property sector at this moment. Rather, they are probably used to help sustain the rapid growth of infrastructure projects. Going forward, I think the government will likely continue to put the brakes on shadow banking credit expansion.

Q: So it’s mostly bank loans supporting fiscal stimulus projects. What are the benefits of this new method of delivering stimulus, compared to the local government debt-financed stimulus package during the last economic cycle?

A: This time around, the People’s Bank of China through China Development Bank provided much funding for infrastructure projects. The government’s fiscal spending has also been growing very rapidly during the past two months. The government also indicated that it would bring private capital into these investments.

Clearly, the funding of these stimulus programs has moved to a much more transparent and sustainable source from the local government and shadow banking from last time around. This is a very conducive development.

Q: Similar to the U.S., where better economic indicators often led to bearish sentiment in the market because of the fear of tapering, the better-than-expected economic data in China has led some to worry that the Chinese government is backing out from reform in order to realize short-term growth objectives. What’s your view?

A: In the near term, I think the government has signaled a strong interest and desire to mitigate downside risks in the economy. But I would stress that the funding method of these infrastructure projects this year is much better with little long-term implications. They do not have the maturity mismatch that is common for a lot of local government debt. They are also much more economical.

Q: Going forward, what do you expect on the government policy front for the rest of the year?

A: I think these targeted stimuli are likely to continue in the short term. For the longer term, I would expect structural reforms to take place as well. During the past few months, we saw accelerating financial liberalization on the interest rate, exchange rate and capital account front, as well as state-owned enterprise reforms and one-child policy revisions. So, I think the government is sticking to its reform agenda set during the 18th Plenary.

A: I don’t think that’s on the table, particularly as the People’s Bank of China has become very innovative on providing selective RRR cuts and makes use of its re-lending facility.

The key consideration is that if you cut RRR universally, the liquidity you unleashed may get channeled back to the property market and shadow banking, which the government is trying to de-lever. So a selective RRR cut is more effective.

Q: What do you think is the biggest risk in the economy right now?

A: I think the property market is still the biggest downside risk. Just this morning, we saw that housing prices continue to drop. More cities now have experienced housing price declines than previously reported. The housing market correction is clearly still underway.

But I do not think the government will ease policy, both on the monetary front and administrative front for the time being. There is an interest to keep the market correction going. But the government will fine-tune the policy to manage the systemic risk.

The other risk is the reemergence of shadow banking in the latest monthly release. This is something that needs to be watched by the market.

Q: How do you think the government will fine-tune its property policy?

A: They may ease the restrictive purchase requirement in certain cities, which some cities have already done. This does not represent a change of policy by the authorities, I believe.

Q: You did a study about China’s Qualified Domestic Institutional Investors (QDII) program in 2012, finding that poor performance caused asset outflows from these funds, and that the managers of QDII funds generally lack the necessary skills required to invest in global markets. How has the QDII space changed in the past two years?

A: The performance of these QDII funds has certainly improved, thanks to the rally in global equity markets. But there is still a lack of interest in QDII funds. A lot of local Chinese retail investors do not have much desire for diversification (through QDII funds). There are many wealth management products and trust products in the market, as well as property investments, that provide very competitive alternatives to QDII funds.

Aidan Yao is an economist for emerging Asia at French financial services firm AXA Investment Managers. Previously, Aidan was a senior financial market analyst at the Hong Kong monetary authority. He also worked at the Reserve Bank of Newzealand as an economist and an analyst.