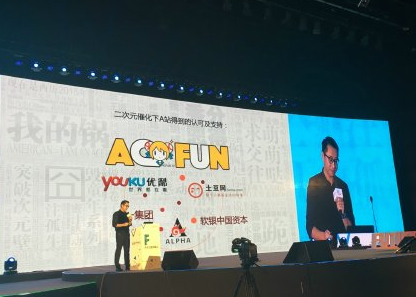 AcFun, a Chinese video sharing platform, has completed a US$60 million funding round led by SB China Capital (SBCVC), according to an announcement posted on the company’s Weibo account.

Founded in 2007, AcFun received US$50 million series A funding from Youku Tudou Inc. in 2015, at a reportedly valuation of US$200 million.

The company’s video library are mostly in animation, online gaming, music and sports, which are targeted at China’s young population.

Bilibili.com did not make any announcement of the financing, and China Money Network cannot verify the report.