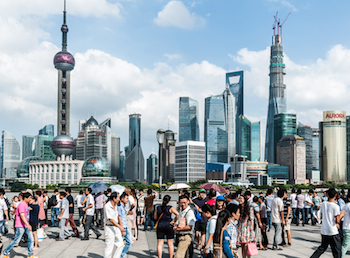 This year has been a year marked by major events such as Brexit and the U.S. presidential election. But the real estate sector remains robust despite some short-term market volatility, says Jones Lang LaSalle Incorporated.

"There has been a lot of capital around in 2016, with new investors attracted to Asia whether they are large sovereign funds, pension funds or Chinese insurance companies. These investors are allocating capital to real estate," according to Stuart Crow, JLL’s head of Asia Pacific Capital Markets.

The year has also seen active investors coupled with cautious corporate occupiers. "The out-performance of capital values compared with rents has pushed core yields to new lows in many markets across Asia Pacific," says Dr Megan Walters, head of research, JLL, Asia Pacific. "But the overall commercial real estate investment market should remain stable in 2017, as we expect continued institutional appetite for real estate in the region but an ongoing shortage of stock."

As 2016 comes to a close, JLL identifies five trends to watch out for in Asia Pacific in the year ahead.

In the third quarter 2016, China overtook the United States to become the largest cross-border real estate investor, having invested nearly US$18 billion into commercial property assets internationally in the first three quarters of this year.

In November, news broke that China is taking a more cautious stance to capital outflows, curbing overseas investments of more than US$10 billion and mergers and acquisitions valued at more than US$1 billion, if they are not part of a company’s core business.

"Investing overseas is a strategic move for most Chinese investors," says Crow. "While there may be some short-term slow-down or delay, we expect few long-term structural changes. The trend of Chinese capital going out for real estate is not stopping. If anything, it is going to gather momentum due to the enormous capital base in China."

"Mainland buyers have invested more than US$2.9 billion into Hong Kong’s commercial property market this year, more than the combined amount of the next four cities in Asia Pacific," says
Denis Ma, Head of Research at JLL in Hong Kong. "The expected slowdown in deal flow is likely to also curtail the run-up in prices we’ve seen over the past year."

2. New Sectors On The Rise

Investors remain positive about their prospects for 2017, but are on the hunt for value. "Finding value is challenging. As a result, investors will increasingly look for value in off-market deals, newer and secondary cities as well as newer sectors," says Dr Walters.

A number of alternative sectors are looking attractive. Self-storage, for example, offers investors exposure to the growing number of consumers who live in compact homes and require separate storage space.

Meanwhile, on the back of the rapid growth of e-commerce, the logistics sector is also gaining in popularity. An increase in demand for data centers, propelled by the adoption of cloud computing and big data, means that canny investors are considering that sector too.

Investors are looking at Southeast Asia for 2017, in particular Vietnam. Its real estate sector saw a 12% year-on-year increase in investment. It is forecast to grow with favorable conditions such as greater market transparency and a projected GDP growth of about 6%, in keeping with growth rates this year.

Mature markets Australia and Singapore are still attractive. "Investors like Australia because of its transparency and higher yields," says Crow. "For Singapore, in what has traditionally been a volatile market, investors are seeing the current entry point as an attractive one."

4. More And Bigger Deals To Continue

"There is every indication that this trend for big ticket deals will continue into 2017," says Crow. "The prospect of most central banks keeping interest rates low for an extended period means capital continues to be deployed into real estate investment. This will help buoy corporate occupational demand and rent performance. Yields in core asset classes will remain stable because of investor demand."

5. The Post-Brexit And Trump Effect

The shocks of Brexit and the U.S. presidential election have not caused any significant changes in the real estate market in Asia Pacific, despite some short-term currency volatility.

"Regional commercial real estate transactions held up remarkably well during the third quarter 2016, despite market volatility after Brexit," says Dr Walters. "By volume, activity across Asia Pacific in the first nine months of the year was stable compared to the same period in 2015."