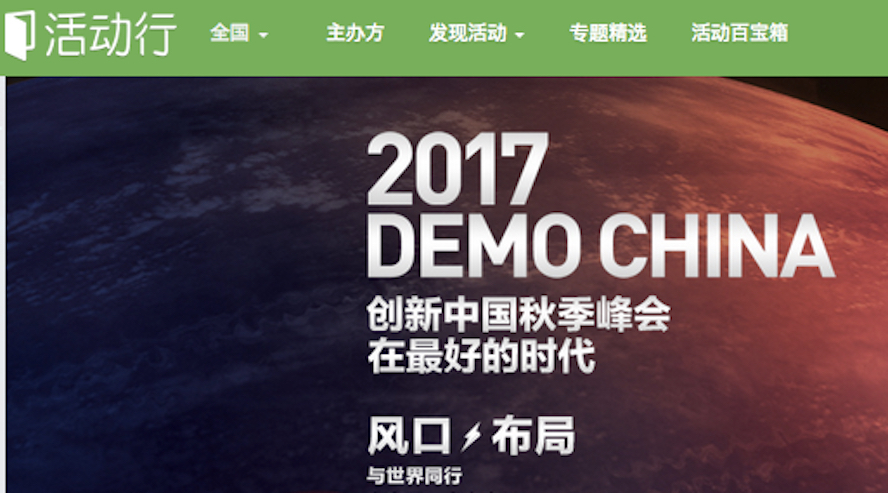 The round values the platform at over RMB300 million (US$44 million) post-money, according to local media reports.

Founded in 2012, Huodongxing.com is currently the largest event online ticketing platform in China. It has provided services for over 100,000 event organizers including Huawei Technologies, Microsoft Corp, Tencent, Alibaba Group Holding and Sina.

Last year, the start-up had over 800,000 events posted on its platform, and sold around four million tickets and accumulated over ten million customers.

With the latest financing round, Tencent would be able to offer a new advertisement channel for Huodongxing, while UrWork will provide event venues and introduce 1,500 small and medium sized companies to join the platform. Recruit plans to help Huodongxing expand into the Japanese market.

Huodongxing previously raised tens of millions of U.S. dollars from SAIF Partners, Qualcomm and DCM Ventures, and plans to use the latest proceeds to expand into more cities and improve its team. It plans to form partnership with over 1,000 companies this year, and increase the percentage of paid events from 25% to 35%.