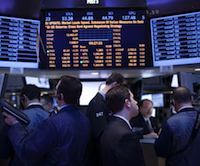 Greater China-focused hedge funds were down 4.70% during the first seven months, shrinking its losses for the year and beating the CSI 300 Index, which was down 14.13% during the same period, according to data tracker Eurekahedge.

Asia ex-Japan managers were up 0.48%, while North American hedge fund managers lead the tables, up 3.87% during the first seven months. Japanese and European managers fell into negative territory, down 4.21% and 1.82% respectively.

Globally, roughly 80% of hedge funds posted positive returns over the three year annualized period, with close to a quarter of these managers posting double digit gains over this period.

Despite the outflows, total hedge fund assets grew by US$9.1 billion over the past seven months with the industry’s total assets currently standing at US$2.25 trillion.

Of the total, the US$1.5 trillion North American hedge funds sector grew by US$12.3 billion over the past seven months, with performance-based gains accounting for US$6.5 billion of this growth.

Total assets in the US$532.0 billion European hedge fund industry has declined by US$9.0 billion over the last three months as investors redeemed US$10.9 billion from the industry following lackluster returns and uncertainty in a post Brexit environment, according to Eurekahedge.

The US$800 billion long/short equity hedge fund space has seen investor redemption of US$18.4 billion over the 3 months ending July 2016.

(All charts are from Eurekahedge.)