http://www.youtube.com/watch?v=mr35Ac4mYmk&feature=context-cha
In this episode of China Money Podcast, guest Amir Gal-Or, founder and managing partner of the Infinity Group, discusses investing in deals that transfer foreign technologies to China, partnering with local governments to run RMB funds and how to instill professional management to state-owned enterprises.

Q: You just had an exit last month, selling your portfolio company Mate IP and I-China Security’s marketing and distribution rights to Anxin-China for US$30 million. You took a controlling position in Mate in 2007. What did you do during the holding period of the company?

A: Between 2007 and 2011, we localized the product in China. We established a local Chinese company to localize not only the software and language, but also the sales channels. We built a track record of the company (with initial sales). On the Israel side, we try to focus on reducing the price and making sure the product will suit the Chinese market.

In China, it’s easier to sell the hardware than the software. We always try to put products into boxes as much as possible. Also, when you sell in China, it is more relationship-based. We developed a whole sales process that focuses on a few customers but with very deep relations.

Q: China doesn’t have a great track record of IP protection. What challenges did that present to you and how did you handle them?

A: Sure, but the trend going forward will be different than the past. It’s quite clear that it will be the right direction. If China wants to be the leader of the world, it must include technology leadership and protection of IP. It’s not going to happen overnight. But we believe in the long run and we are a long-term player.

Q: Have you encountered local competitors copying your technologies?

A: Of course, across the board. The question is what did they really copy. When we were copied, it wasn’t necessarily bad for us, because it’s not copied by people who are capable and who fully understand what they are copying. Yes, their prices are much lower, but the reality is that they can’t support the product and cannot go to the next step.

Customers who are really price sensitive will never buy the real product. So you can say that local competitors are taking away market share from you, but I would say in many cases they are accessing a market share that’s not accessible by the brand.

In Mate IP, there was also a copy by local competitors. Their price is about half of our price. Even though the customers didn’t want to buy the copy, they want something more solid and stronger backing, but they would still negotiate and renegotiate the price. So the damages are mostly on the margin. I’m not sure if we really lost a lot of customers.

A: We did our first exit in 2005. It’s very complex to do a trade sale with IP related technology companies because the assets are intangible.

The basic assumption in China is that most of the employees won’t stay with you for the long run in an M&A situations. So what assets are you really buying in a country that is relationship based. Second is what happens to the customers. How do you build loyalty of customers to the company before the deal? And lastly, how to build a deal. In the Western world, it’s mostly based on the facts. In China, facts can change quickly. It’s a different DNA. It’s mostly soft skills.

Q: Two years ago, Infinity and an investor group invested 120 million RMB (US$ 18 million) in Harbin No. 1 Tools Manufacturing Company, a state-owned Chinese precise and complex cutting tools manufacturer. What have you achieved with this company. And this company being a SOE, what challenges did that present?

A: The biggest challenges is of course to make sure that the decision making process is profit-driven. It’s in Harbin, we have a full team there and we are close to the company. We brought IP experts from Israel to improve their thinking on innovation. We also took a consulting company to analyze the management. We also crated the right incentives to managers.

Q: You have partnered with around a dozen Chinese cities to set up joint-venture RMB funds, such as Chengdu, Chongqing. How did you find these opportunities?

A: You have to be here for a long time. We came here early. Timing is important too. Right now establishing these funds would probably be too late because there are probably thousands of funds (out there).

Q: Among your 14 funds in China, two are USD funds and 12 are RMB funds. How do you determine when to make a USD or RMB investment?

The challenge we have with the USD side is not only getting the deal, but also implementing it. We found ourselves in a few case that it took us six months to really get the money in and get the shares. Meanwhile, there are a lot of changes in the company. But you can’t be on the board; you can’t communicate with the company effectively because there is always uncertainties of if you are an investor or not because the authority hasn’t approved it. 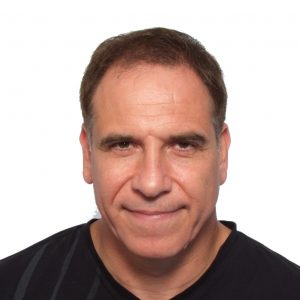 Amir Gal-Or is the founder and managing partner of the Infinity Group, a China focused private equity firm with 2 billion RMB and over US$700 million under management. Gal-Or is the chairman of 12 local Chinese companies, and has led three IPOs and 12 M&A deals, most of them in China. He holds an MBA degree from Tel Aviv University, and is a former pilot in the Israeli Air Force.

Launch Of Certificate Of Deposit Pushes China Toward Rate Liberalisation