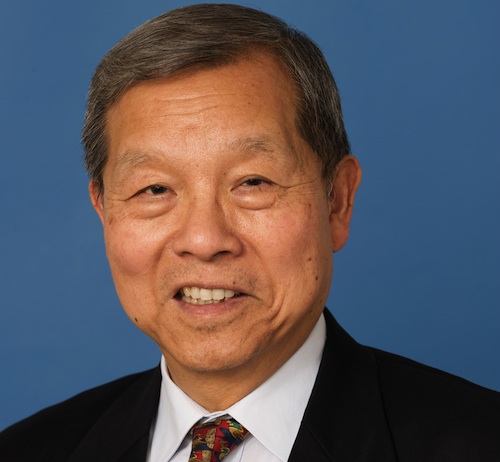 In this episode of China Money Podcast, guest Yukon Huang, senior associate at Washington D.C.-based Carnegie Endowment and former World Bank China director, shares his observations on China’s next leadership, the possibilities of any bold reforms and the Chinese economy’s long-term trend in the coming decade.

Q: China’s economy has been growing at an average of over 10% for the past twenty years. No economy can grow that fast forever. Third quarter GDP was out at 7.4%. Do you think the turning point has finally arrived?

A: Over twenty years, China has actually never grown lower than 7.8% for the annual basis. So it’s very likely that, of course, this year’s growth is likely to be lower than anything that has been experienced over the last two decades. But over the last month, there are some positive signs. Investment seems to be responding, or picking up. Retail sales is a little bit better. The export picture improved a little bit. So, some would guess, and I think it’s probably true, that some time over the next month or two, the economy will bottom out, and will actually turn upwards.

But even a rebound will probably not lead to GDP growth next year much higher than 8%, because the global environment is still lackluster.

Q: Does that mean China is going to enter a phase where lower economic growth is the norm?

Why should China want to grow at a higher rate? Ten years ago, China wanted to grow at 9% or 10% because it had a major employment concern. But China today is quite different. It’s an aging society. The labor force is already shrinking. So China doesn’t need to grow very fast to generate jobs, but to create better-paying jobs with higher value. So now, it is the quality of the growth that matters, not the quantity.

Q: Do you see any chance that China might be growing at a rate much slower than 7%?

A: It’s possible. Growth is determined by consumption and investment. Consumption has been growing at about 8% to 8.5% a year. Combined with the government, it accounts for about half of the economy. Investment grew double digits in the past, but has slowed down. It could only grow by 5% or 6% in the future. Suppose it grows at 4%, for example, and consumption grows at 8%, essentially this economy will be growing at 6%, which is too low.

So, the real trick is to continue to grow at 7% or 8% for another ten years. And then, I think we will see China’s economic growth moving closer to 6%. But how do you grow at 7% or 8% for another ten years? The key is to increase productivity. China has been trying to improve productivity by innovation and technology. But these are generational changes, and can’t occur in five or ten years. A more immediate method is to allow people greater mobility in moving around, or liberalize the Hukou system.

Q: Next month, China will have a once-in-a-decade leadership transition. What are some key policy initiatives the new government should take on?

For the role of the state and the private sector, the question is not which one should dominate. The key is to create a fair playing field so that the two can compete. For the second issue, the national budget is too weak. Government expenditure in relation to the size of the economy in China is only 27% in China. In other East Asia countries, it’s 35% or higher. In Europe and the U.S., it’s 45% or 50%. This is because China’s banking sector provides services and financing that should have been done through the budget. As China’s economy mature, these two roles will have to reverse.

The third issue, China’s rural/urban ratio is about 50:50. It should be 60% urban considering China’s population size and arable land. Therefore, China’s megacities actually need to grow faster, instead of expanding second-tier cities, as they don’t provide sophisticated jobs.

In each of these areas, there is a very difficult decision that has to be made, and the current leadership hasn’t addressed it. It will be difficult for the new leadership to deal with it, because invested interests will fight against the right choice.

Q: It sounds like you don’t think the next leadership will be able to make the right decision and lead the country to a better position?

A: You have the standing committee. It might become seven, or nine. It’s very hard for collective leadership to come out with path-breaking reforms, because they have to have an agreement among all of them. So I think these will be very difficult for the incoming new leaders.

What about the past? You realize that in the past, China may have collective leaders, but they tend to be dominated by a few people, or even one.

Q: What does that mean for the economy, then?

A: If these decisions were not made, I’d say that the possibility of a sustained, high quality 8% growth over the coming decade is reduced. You will find a country that will continue to grow at a declining rate. The average growth of the coming years might be 5% to 6%, instead of 8%.

Yukon Huang is senior associate at Washington D.C.-based think tank, Carnegie Endowment, where he researches on China’s economic development and its impact on Asia and the global economy. He has a rich and long history studying the Chinese economy and policy issues, having served as the World Bank’s China director from 1997 to 2004. Previously, he worked at the U.S. Treasury. Mr. Huang holds a B.A. from Yale University and a M.A. and Ph.D. from Princeton.