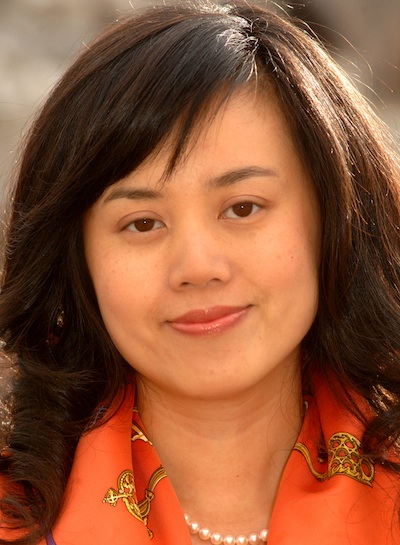 In this episode of China Money Podcast, guest Jenny Gao, managing partner of Mandarin Capital, talks about how her fund helped an Italian company to penetrate the Chinese market, and why she is betting on the future of China’s Dagong Global Credit Rating’s future in Europe.

Q: You are only the second female guest on our program’s one-and-half-year history. So let’s start with your personal career. You initially worked at one of China’s three policy banks, the Export and Import Bank of China. How did you get into the private equity industry?

A: I worked at the Export and Import Bank of China (Exim Bank) ever since the beginning of its operation in 1994. The Bank is very much involved in the business of providing loans to Chinese companies to invest abroad, as well as undertaking big construction contracts and exporting machinery goods.

During that time, I accumulated lots of networks among big Chinese State-Owned Enterprises and big Chinese private companies that were engaged in China’s "Go Global" businesses.

When Mandarin Capital Partners was set up in 2007, my managing partner, Alberto Forchielli, asked Exim Bank to provide the best support in terms of talent to support the fund’s business in China. I was picked by the Exim Bank’s management to work at Mandarin, and that’s how I started doing private equity.

Q: In way of background, Exim Bank is one of three major investors in Mandarin’s first fund. The other two being China Development Bank and the second largest Italian bank, Intesa San Paolo?

A: Yes, they were the three cornerstone investors and each provided EURO 75 million in the fund. At the end of 2007, we raised EURO 328 million in total.

Q: From my previous conversation with Alberto Forchielli, Mandarin Capital’s strategy, as I understand it, is to invest in China-Europe cross border deals, helping Chinese companies to expand in Europe and European companies to explore the Chinese markets?

Q: Can you give us a specific example to illustrate your strategy?

A: We invested in an Italian company called Dedalus. Its main business is to make medical software for hospitals and other healthcare related institutions. One of the major products is the platform software that can link hospitals, drug stores, government agencies and insurance companies together, so that all of these institutions can efficiently exchange data and information to improve efficiency of the whole healthcare system. The company has already successfully implemented four platform software systems in Italy.

In China, this kind of software started only two years ago. This market is in a very early stage. China just began implementing similar software for medical records. So Dedalus’ technology is very relevant to the Chinese market. But Dedalus is a medium sized company, and couldn’t navigate the Chinese market by itself. After we became a shareholder, we helped them to look at many potential acquisition targets in China. We probably looked at more than 30 medical software companies, and finally we decided to choose Sanwei Technology, a company located at a third tier city in Northern China. The city is an ideal location because it was launching one of the biggest projects in platform software in China. Sanwei became Detalus’ China platform to develop the software in Chinese and also to set up a model project in the city.

Q: Financially, what kind of targets have Datalus been able to achieve through all this efforts?

A: This is important as it opened the window for the whole Chinese market. Just in the beginning, we got contracts worth roughly EURO 2 million, which is quite significant in medical software in China. In addition, we already have our team and this model project, which makes it easier to get future orders. At the same time, we are also building a joint venture with one of the biggest distributor of medical projects in China. That will help us to approach hospitals and further penetrate the market.

Q: How do you envision that you would exit this investment?

A: Detalus is a fast growing company. We anticipate that it will have an IPO in the next two years, probably in Europe. But if our market share grows well in China, we also don’t rule out an IPO in China.

Q: One of your latest investments was in Dagong Europe Credit Ratings. Dagong is China’s state backed credit rating agency. Tell us your rational behind that investment and how do you think it will be able to grow in Europe?

A: Actually, Dagong is not a state-owned company. It’s a private company, and very independently run, but with support from the Chinese government. Dagong is one of the three biggest rating agencies in China. The other two have already established joint ventures with other international rating agencies. Dagoing is the only pure Chinese rating agency.

Q: So, what forms of support does the Chinese government provide Dagong?

A: China is in favor of supporting Chinese rating agencies to excel both in the Chinese market and around the world. What Dagong has achieved was highly praised by the Chinese government, and Dagong enjoys policy support from the government.

Q: What do you think will be your biggest challenge to gain market share in a market that has long been dominated by the Big Three rating agencies?

A: The most important challenge is to find the right people and to build a strong team in Europe. We have partially achieved that effort by finding an excellent general manager and business development manager. The other challenge is to put the European and Chinese teams to work together, and to overcome differences in culture, business practices and communication.

Q: What is your planned exit time?

A: We are planning to exit in four to five years. I believe by that time, we can already build a strong business in Europe. Dagong would also have a plan to list in the Chinese market, and we can potentially exit then.

Q: You are currently raising your second fund with target size of EURO 1 billion. Will the strategy be any different from the first fund?

A: The principle strategy will be the same, but we do plan to expand our LP base and also our investing target countries. One strong goal is to enter into the German market as they have great technologies and many medium sized companies. Last year, China has also become the biggest investor in Germany, so we also see a huge demand from mid-size German companies to come to China to develop their business.