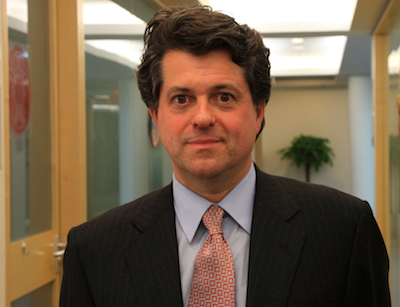 In this episode of China Money Podcast, founder and CEO of Beijing-headquartered, US$500 million-under-management HAO Capital, Simon Eckersley, talks with our host, Nina Xiang, on HAO Capital’s investments in the healthcare and environmental protection sectors, the firm’s plans for future fundraising, and some key methods it uses to help portfolio companies grow.

Q: First, give us a brief introduction of HAO Capital?

A: HAO Capital is a Beijing-based private equity firm. We take minority stakes in growth businesses in China, and focus on healthcare, consumer and light industrial (including clean tech) sectors.

Q: Going back in history, can you share with us your experience of raising your first fund back in 2005 and 2006?

A: At the time, there was less competition in terms of the number of (China-focused) funds. But then, a lot of LPs (Limited Partners) were also not really focused on China, as it’s still a fledgling private equity market. It’s different today. Looking at our own LPs, they are invested in (many more) China funds compared to back then.

Q: What is the average size of your investment, and how many active investments do you have now?

We started investing the second fund in 2008, and is now about 80% invested. We’ve exited or partially exited a couple of investments, but are still managing most of that portfolio.

Q: And one of the portfolio companies is SKR, a company focused on diagnostic imaging medical equipment. It has a joint venture with Chinese electronics maker, TCL Corp. Can you share with us the latest on this investment?

A: The per capita spending on medical equipment in China is a few dollars compared with hundreds of dollars in the developed countries. It’s obvious that China’s healthcare market has enormous potential for growth.

But there are actually very few medical equipment companies of any scale in China. There are a lot of small regional companies. Many of them don’t have the research capabilities to develop Generation II or Generation III products after launching Generation I products. They also tend to lack management talent.

Today, the high-end medical equipment market in China, such as MIR, PET-CT scan, ultrasound, is really controlled by GE, Philips and Siemens. They take, in certain subcategories, 75% to 100% of the market share. So, we partnered with a group of executives headed by Zhi Chen, former president of GE Healthcare in China, to form SKR. And SKR has a joint venture with well-known Chinese consumer product manufacturer, TCL Corp., to create TCL healthcare whose vision is to enter that high-end medical equipment market and become a national champion.

Several decades ago, GE, Philips and Siemens, all moved from consumer products to healthcare equipment, leveraging their manufacturing capabilities, brand and scale. So from TCL Corp.’s perspective, it is following the trajectories of its Western predecessors.

One of the central themes for this business’ growth is through acquisition. That’s something we have been focusing on during the past six months. There are a number of opportunities that we are in the process to realize and will give a significant boost to the business.

Q: It sounds very ambitious, and no doubt there will be plenty of challenges that you will encounter. So far, what’s the biggest challenge?

A: Sure, these things don’t happen overnight. To have a full suite of products will take time. So initially, we will focus on penetrating certain sub segments.

Q: But every private equity fund has a fund life and faces pressure to realize returns. What’s your thinking on exits for this investment?

A: The likely exit is probably an IPO, and we are considering other exit possibilities. Sometimes, it takes much longer for a company to achieve their full potential than we are allowed to stay invested. But I believe we will be able to achieve an attractive return within our time frame.

Q: HAO Capital also invested in an interesting company called LP Amina in the environmental protection sector. Can you share with us the progress on this investment?

In the beginning of last year, China released new nitrogen oxide emission reduction regulations. As a result, revenue increased a couple of hundred percent. The company’s backlog at the end of 2012 was almost four times of the total revenue of last year. So it was a breakout year for the company.

Q: Last time when we chatted, you pointed out trade sales, secondary transactions between GPs and share repurchases as alternative exit possibilities, considering the IPO market remains essentially shut. From LPs’ perspective, have you heard from any of your LPs discussing selling their China private equity stakes?

A: We know of an LP who pulled out from private equity completely, not just its exposure in China. So we were part of this secondary process. As a result, one of the world’s best-known private equity investors took over the position. So it actually worked out quite well for us.

Q: You have plans to raise a third USD fund? And, any plans for raising a RMB fund?

A: Our intention is to go out and raise a third USD fund during the second half of this year. As far as raising a RMB fund, it’s something we flirted with several years ago, but ultimately decided to see how the market will evolve. If we were going to raise a RMB fund, it won’t be a "me-too" approach. It will be separate from what we do on the dollar side: Either the size or the strategy will be different so that the two don’t directly conflict.

Simon Eckersley is a co-founder and CEO of Beijing-based HAO Capital with over US$500 million under management. Previously, he spent eight years at Goldman Sachs, and was an executive director in the investment management division of Goldman Sachs International in London. He also worked at Charterhouse Development Capital and Morgan Grenfell & Co. previously.