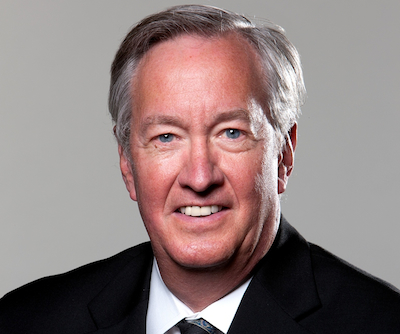 In this episode of China Money Podcast, guest Bluford Putnam, chief economist at the CME Group, talks with Nina Xiang about his forecast for when the Fed will stop asset-buying programs, raise interest rates, and their impact on China. He also explains why investors do not need to worry about inflation even after the biggest monetary expansion in history.

Bluford Putnam talked with China Money Network on the sidelines of the Global AgInvesting Conference 2013 in New York City.

Listen to the full-interview in the audio podcast, or read an excerpt below.

Q: This past weekend, China’s newly released March industrial profits showed slower growth of 5.3% year-on-year, compared to 17.2% during the first two months of the year. But this doesn’t seem to concern you?

A: No. The amazing thing about China’s industry company profits is that they were so good last year. China had to deal with the European crisis and less exports to Europe. But profits at Chinese industrial companies held up rather well, and they are just slowing down now. But it’s not a big concern.

China’s economic growth is on a "glide path" to a slower GDP growth of a more mature economy. So it’s natural that its growth rate will slow down. I see that China’s growth transitioning from an average of 10% a year for the past 30 years to an average of 6.75% for 2010s and down to 3.9% for 2020s.

Q: Do you think investors are prepared for a slower-growing China?

A: No. But I think the new leadership in China is very well aware of the need to focus on the quality, not the quantity of economic growth. They will move faster to deal with pollution, healthcare, and RMB normalization issues.

Q: You talked about the difficulties facing emerging markets’ central banks in a global zero interest rate environment. What’s your expectation of the People’s Bank of China’s (PBOC) policy this year?

A: I don’t think any major countries will hike interest rates as long as the U.S., Europe and Japan have close to zero rates. For China, its growth rate is slowing down and inflation isn’t a big problem, I don’t see the PBOC raising interest rates (this year).

Q: The global monetary conditions have a great impact on China. When do you see the U.S. Federal Reserve raising interest rates and stopping asset-buying programs?

A: The Fed has adopted a massive government asset-buying program, purchasing US$80 to US$85 billion every month. We see that ending in early 2014 because the U.S. economy doesn’t need it any more. With a 2% annual growth rate, the U.S. economy really isn’t bad considering taxes have gone up and fiscal spending has been cut.

The decision by the Fed to raise interest rates will probably be delayed to 2015 or 2016 when inflation becomes a concern. Inflation is not a worry now.

Q: What will happen to the Fed’s balance sheet when it raises interest rates?

A: The Fed has accumulated over US$2 trillion of treasury securities. If interest rates rise, the prices of treasuries will fall. Therefore, that US$2 trillion will be worth less.

Q: China has 36% of its US$3.4 trillion foreign reserves in U.S. treasuries, which also face the risk of losses?

A: Only when the U.S. economy is growing faster than 2% and when inflation starts to rise, will we see the treasury market with higher yields and lower prices. So anyone – not just China – holding treasuries will face the risk of losing money.

But central banks usually don’t sell these securities. They hold them to maturity. There won’t be any paper losses. In fact, that’s exactly what we think the Fed will do.

Q: When these treasuries are paid many years later, how much are they worth is largely dependent on inflation. Why haven’t we seen out-of-control inflation after this round of unprecedented money printing across the world?

A: The most famous monetary economist, Milton Friedman, pointed out that the lag between monetary policy (and its consequences) is long and variable. Any monetary policy’s effect on inflation could be two years or more down the road.

The first phrase of quantitative easing before 2010 was about rebuilding confidence in the financial system. Programs initiated from 2010 onwards were the starting point of monetary easing that is likely to cause inflation. Also, bank regulation was tightened everywhere. The Fed could create money, but the banks didn’t lend it. So the lag could be very long this time.

Q: Regarding China’s currency, the RMB, you belong to the camp believing that it’s already approaching its fair value. Why?

A: Since 2005, China has allowed the RMB to appreciate over 30%. So if you were to completely free up the RMB to trade today, I don’t know whether it will go up or down. I expect that the Chinese government will surprise us and move much faster normalizing the RMB.

Bluford Putnam is the chief economist at CME Group. Before joining CME in 2011, he served as president of CDC Investment Management Corp. and CIO for equities and asset allocation at the Bankers Trust Company in New York. He also held economist positions with Kleinwort Benson, Morgan Stanley, Chase Manhattan Bank and the Federal Reserve Bank of New York.