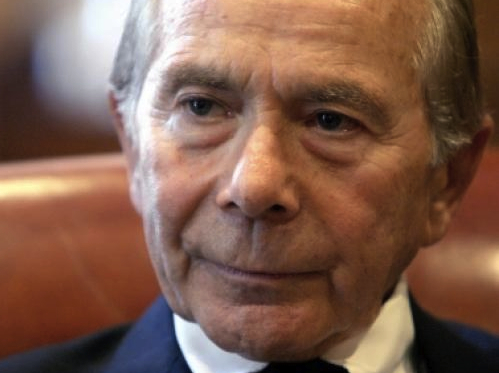 In this special edition of China Money Network, listen to former chairman and CEO of AIG, Hank Greenberg, discuss how the U.S. and China should jointly manage the Asia Pacific region, the transition of China’s economic model, and China Development Bank’s failed investment in San Fransisco.

Listen to the audio podcast, or read an excerpt below.

Q: Is China’s new leadership up to the job managing China’s reforms and economic model transitioning?

A: I think they are. The process they go through in China to decide who becomes the next new leaders is generally very balanced.

The U.S.-China relationship is the most important in the world, but it’s also the most troubled in the world. Until the two countries learn to trust each other, we have a problem.

The U.S. is a Pacific power and an Asian power. So is China. Both countries have to learn to live in that part of the world together, and not say, I dominate or you dominate it. We have to learn to manage that area jointly.

I’m sorry that Xi Jinping made his first foreign visit to Moscow, but not to the U.S. (or to meet U.S. leaders somewhere midway).

Q: It seems to me that Washington continues to look at the old China as a threat, instead of looking at the new China as an opportunity. Is that the heart of the trust issue that you alluded to?

A: It is part of it, but the problem goes beyond that. The excursion of China to the South China Sea has heightened that tension a bit.

Every nation has a right to build a military force for self-defense. Put yourself in China’s position – it’s surrounded not by the friendliest countries. Vietnam is not China’s friend. Japan is not. China has border problems with India. South Korea is now an issue because of North Korea.

I think the issue of the South China Sea is not who owns the reefs, but who owns the oil and gas beneath the reefs. There must be a better way to give that up than muscling your way into it. It doesn’t create the right atmosphere for building relationships.

Q: How does China transition to a consumer-driven economy?

A: China has to build a consumer market. But change in China won’t happen abruptly. It’s a 5,000-year-old society.

But China will become a consumer economy. They will take people off the farms and build many new cities. The question is how do you finance building these cities? How do you create jobs?

Once you build these cities and move people in, declare a tax holiday for 5 to 10 years to attract businesses and industries to these cities. These cities will then have competitive advantage not only for exports, but also domestically as they enjoy the tax benefits.

Q: China Development is trying to make a sizable real estate investment in San Francisco, but it seems to be falling apart?

A: I think it was politics on both sides. There were all sorts of issues, some are technical and some related to safety.

But China Development Bank is loaning a lot of money in Africa, a continent where the U.S. is not doing much. But that continent is going through dramatic changes now (and the U.S. shouldn’t be absent).