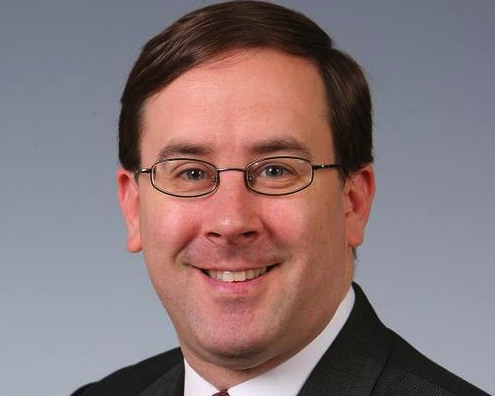 In this episode of China Money Podcast, guest Patrick Chovanec, chief strategist at New York-based Silvercrest Asset Management, talks with our host Nina Xiang about why he thinks the Chinese economy is slowly strangling itself, how to read beyond China’s headline economic data and what he expects from the Chinese Communist Party’s third plenum meeting.

Read an excerpt below, but be sure to listen to the full interview in audio and subscribe to the podcast in the iTunes store.

Q: China’s imports and exports in October reached US$339.7 billion, up 6.5% year-on-year. Last week, the Oct official PMI number reached 51.4, hitting the highest level for 18 months. Is China’s economy really improving, or is this the same old window dressing before an important political meeting?

A: People tend to be very schizophrenic about the Chinese economy. They see either the bad news or the good news, and say either everything is going to implode or everything is back on track.

Now we seem to be in a cycle where GDP was higher and (economic data appears to be better) as you mentioned. But I don’t think things are back on track at all.

For example, it’s getting harder to interpret Chinese export numbers. There is a disconnect between the reported Chinese export numbers and the freight shipments out from Hong Kong. It’s masking capital inflows to China as Chinese companies are borrowing cheap U.S. dollars and bringing them into the country dressed as export. Then they speculate in real estate and in re-lending.

Q: What kind of trend do you see in the latest M2 and new loan numbers, two economic indicators playing a critical role to China economic performance at the present?

A: What we have seen in the past couple of decades is that the Chinese economy was forging ahead using the export-led growth model. But it’s not exports driving growth per se. It’s exports that enable a much greater level of investment that would otherwise be possible – that’s turbocharging the economy.

So when external demand (for Chinese exports) slowed down, China doubled down on investment. That’s the worrying thing. Because those investments have created capacity, which needs an end user that today has to be domestic demand. That’s why an internal re-balancing is at the core of the coming third plenum meeting.

We have seen an explosion of credit lately, which in absolute terms makes 2009 stimulus pale in comparison. So credit has been driving more investment and growth. This is a model that Premier Li Keqiang said himself that it’s not sustainable.

This dependence on run-away credit growth to both drive investment and also paper over past investments that have gone bad, means that the Chinese economy is slowly strangling itself. It may not be obvious looking at the headline numbers.

That says to me that the Chinese economy is unsustainable and needs to be fixed. The greatest sign is the freeze up in the interbank lending market. A lot of people dismiss that as a blip on the radar screen and is easily fixed by the People’s Bank of China. In fact, it showed the dependence on credit expansion.

Q: During the past month or so, there have been at least a dozen announced or completed IPOs in Hong Kong and the U.S. Are Chinese IPOs coming back?

A: Given my outlook for the Chinese economy, people would say, then your investment advice would be to run away from China as far away as possible? The answer is no. There will be real economic adjustment that will be destructive, but there will be winners and losers both in sectors and companies.

U.S. investors might have painted with too broad a brush on Chinese companies in both directions previously. They were too optimistic initially and then were too scared when accounting scandals broke out. The truth is somewhere in between. A lot of U.S. investors are now savvy about (conducting) proper due diligence of Chinese companies.

Q: You have said many times that the Chinese property sector is a huge bubble. But last week, Blackstone paid around US$400 million for a 40% stake of Shenzhen-based Chinese shopping mall developer SCP. Brookfield is planning to invest US$750M in China Xintiandi. These investors are obviously still bullish and making huge bets on the Chinese commercial property sector?

A: I could be cynical and say that people are bullish during a bubble. That’s the definition of a bubble. But these are private deals and I don’t know the details to comment.

If you look at what drives the Chinese property market, it is almost one-to-one correlation with credit expansion generally. This is why we see a credit boom and also a rapid rise in property prices this year in China. But it’s important to realize there is a huge overhang of vacant homes used as investment on the presumption that someone will buy it at a higher price.

On the commercial property sector, there are nine years worth of sales currently under construction in commercial and office properties, according to my calculations done earlier this year.

A: First of all, it will take some time for us to know what will come out of this meeting. We need to access it over the next couple of months.

I’m not willing to write off the possibility that the new leaders will embark upon substantive and serious reforms, partly because they don’t have another choice. But there is no evidence, so far, that they are willing to follow through.

Patrick Chovanec is chief strategist at New York-based Silvercrest Asset Management. He was formerly associate Professor at Tsinghua University’s School of Economics and Management in Beijing, where he taught in the school’s International MBA Program.