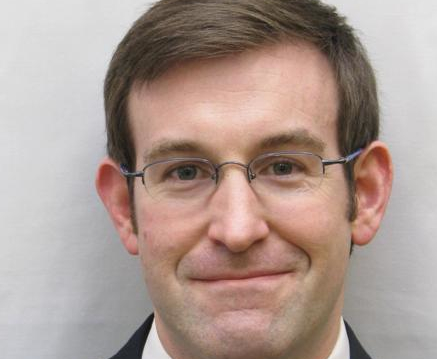 In this episode of China Money Podcast, guest Leland Miller, president of CBB International that publishes the China Beige Book, talks to our host Nina Xiang about why he thinks a slowing Chinese economy is a bullish signal for him, what is the common misinterpretation of China’s inflation numbers, and what should investors focus on going into 2014 to grasp China’s macroeconomic environment.

Q: You just released the China Beige Book’s fourth quarter survey. What did you find?

A: A lot of people had the assumption that after the June credit scare, the Chinese government pumped stimulus into the economy, which caused a manufacturing rebound that led to an economic recovery during the third quarter (until now).

But we found that none of that is true. There was not a major stimulus program. There was a mild slowdown in manufacturing. We also see a mild growth slowdown.

Q: Does this point to the possibility that China’s economy is re-balancing?

A: Yes, there is evidence of this. We are seeing sector re-balancing, where the strength of retail and services is better than manufacturing for 2012 and 2013. We are also seeing geographical re-balancing. The inland provinces are not only growing faster than the coast, but they are showing greater resilience during periods of weakness.

We do see that a slowing economy (in China) can be a very bullish thing. The Chinese government has said for a long time that they need to have slower and healthier growth through re-balancing. In order to do this, you need to slowdown the economy.

Some people are talking about going back to 8% or 9% growth, but that is actually not good for the Chinese economy. If they try to do that (again), they will run into some very serious problems.

Q: Another finding of your survey is that China’s residential property continues to be strong despite government curbs, but commercial property actually didn’t grow that much. Why?

A: Growth in China is still being propelled strongly by the property sector. In a slowing environment, property is still a great place (for investors) to dump money, and residential property is the best of them all.

A: First, China’s inflation numbers, even if not manipulated, are not very helpful in figuring out how the policy makers will respond to it.

The Consumer Price Index (CPI) under-represents housing price inflation, wage inflation, etc. So when the number came out at 3%, people say that it’s lower and the government has more room to stimulate the economy.

But that’s not the case. The very high housing price inflation and wage inflation are causing consternation among the leadership. They actually don’t have that many policy options as people think.

I would say there is a specter of inflation problems hovering around the background. There is no inflation problem right now, but there is certainly a potential for that. China’s policy makers are a lot more concerned (about inflation) than the market understands.

Q: Your survey also suggests that Chinese banks continue to report stable lending, but companies are borrowing less. What does this mean?

A: Our interviews with thousands of Chinese companies tell us that these companies are seeing interest rates go up, rejection rates increase and companies are increasingly in distress. The share of companies that’s accessing capital has declined for seven straight quarters, according to our surveys.

There are still tones of lending going on in the economy, but more are channeling to a privileged corporate elite who are mostly rolling these over. So despite a larger aggregate amount (of lending), lesser capital is making its way to private and small and medium sized firms.

This is the critical question for China in 2014. Can they fix the credit transmission mechanism? Because right now, it’s broken.

Leland Miller is the president and founder of CBB International, which publishes the China Beige Book. Previously, he worked as a capital markets attorney for an international law firm in New York and Hong Kong, as well as in-house counsel for a global investment bank.