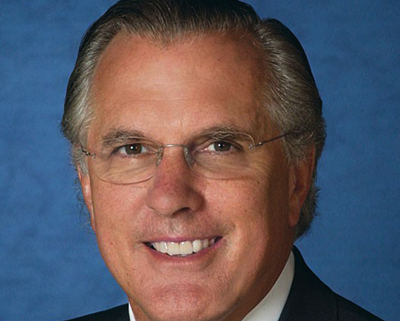 In this episode of China Money Podcast, the president of the U.S. Federal Reserve Bank of Dallas, Richard Fisher, discusses the the U.S. monetary policy, and shares his views on why the RMB has depreciated against the U.S. dollar lately.

Fisher made the remarks at a luncheon hosted by the Asia Society Hong Kong Center on April 4th.

– By buying copious quantities of longer-term U.S. treasury bonds and mortgage-backed securities (MBS), (the Federal Reserve’s) balance sheet has grown from slightly under US$900 billion prior to the crisis to US$4.3 trillion at present.

When the Fed buys a treasury note or bond or an MBS, we pay for it, putting money out into the economy with the expectation that the money will be used by banks and other creditors and investors to finance job-creating investment, the purchase of homes and other expansive economic activity.

– The price-to-earnings (PE) ratio of (U.S.) stocks is among the highest decile of reported values since 1881. Bob Shiller’s inflation-adjusted PE ratio reached 26 this week as the Standard & Poor’s 500 hit yet another record high.

For context, the measure hit 30 before Black Tuesday in 1929 and reached an all-time high of 44 before the dot-com implosion at the end of 1999.

Since bottoming out five years ago, the market capitalization of the U.S. stock market as a percentage of the country’s economic output has more than doubled to 145 percent—the highest reading since the record was set in March 2000.

Margin debt has been setting historic highs for several months running and, according to data released by the New York Stock Exchange on Monday, now stands at US$466 billion.

– I was the one who negotiated the currency clause in the agreement that (the U.S.) struck with China before it join the WTO (the World Trade Organization). It seems like ancient history. Since then, there has been slow opening of the capital account, but very very slowly.

As to what’s been happening, there has been several opinions. One is that this is a deliberate effort (by the People’s Bank of China). Another is that it’s simply a market signal that things are not as booming in China as one would expect.

It’s not just the RMB. After the last meeting of the European Central Bank, the Euro has depreciated against the dollar. Increasingly, (we will see) the value of the RMB be determined by the market.

Lastly, we haven’t heard much of U.S. senators like Shuck Schumer or others complaining about the Chinese recently, even though there has been a weakening of the RMB. We will have to see what (their) reaction is longer term.

My preference is that ultimately, (China) has an open capital account. Maybe by the time we tighten monetary policy. And, that market forces determine the value of our currencies.

Richard Fisher is the president of the U.S. Federal Reserve Bank of Dallas. He took the office on April 4, 2005. Starting in 2014, he serves as a voting member of the Federal Open Market Committee. Fisher is former vice chairman of Kissinger McLarty Associates, a strategic advisory firm chaired by former Secretary of State Henry Kissinger.