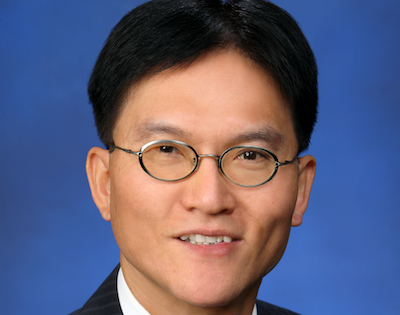 In this episode of China Money Podcast, senior strategist for Greater China at BNP Paribas Investment Partners Chi Lo, talked with out host Nina Xiang about the future policy direction of the Chinese central bank; why he believes the biggest risk in the Chinese economy is a property correction and its knock-on effect on banks and other sectors; as well as his advice for investors on building exposure to China now.

Q: Earlier this month, the People’s Bank of China (PBoC) announced a selective bank reserve requirement ratio (RRR) cut of 0.5%. Now the big question on everyone’s mind is: Will the Chinese central bank extend the RRR cut to all Chinese commercial banks. What’s your view?

A: It depends. I think the PBoC’s policy move will be data dependent in the next few months. It will depend on how the economy reacts to the selective RRR cuts and also the mini-stimulus packages implemented in the past few months. If the numbers react well, then I don’t think there will be a need for a universal RRR cut or an interest rate cut.

We think the PBoC is taking a universal RRR cut and interest rate cut as a last resort. Our base case forecast is for the Chinese economy to recover during the second half of the year. Therefore, no major further monetary loosening is needed.

Q: Which economic indicators do you think the Chinese government will focus on to determine if the economy is responding well to their policy measures?

A: I think they will focus on bank credit, because that’s a key leading indicator. They will also focus on electricity power output, transport volume growth, as well as the property market. Depending on how deep the property market correction will go, the authorities will decide how much easing they want to put into the economy.

Q: Some economists argue that an across-the-board RRR cut will not stimulate bank lending that much. Do you agree?

The problem with the Chinese economy is that the system is too used to bailouts when something goes wrong. This time around, Beijing has been holding off any significant bailout because its policy objective has changed from "growth quantity" to "growth quality". It’s not easy. It’s painful.

Q: So you see there will be more pain, more bankruptcies in the economy?

A: You already see property developers and corporates jumping and yelling that there is not enough liquidity. But the truth is that the amount of liquidity now is just less when compared to past cycles, but it’s still (ample). When you look at the total aggregate financing numbers, there is still a lot of money being pumped into the economy. This is a normalization of liquidity growth in China.

Q: In another word, it’s China’s own tapering?

A: You can say that. Actually, China tapered much earlier than the U.S. Federal Reserve. China started tapering about a year ago.

Q: How should China manage the process of injecting market disciplines in the economy, but also not to go too far to cause unwanted social pressure?

A: On a macro level, a growth rate of 7% to 7.5% is what I call the "pain threshold." China’s Premier Li Keqiang recently reiterated that he wanted to see 7.5% GDP growth this year. I don’t think they will be very strict about the 7.5% objective. As long as there is progress on structural reforms, Beijing will be okay with growth lower than 7.5% but above 7%.

Bankruptcies will also rise, and this is part of Beijing’s game plan. In the next three to five years, Beijing will not allow any large companies with systemic effect or large banks to go bankrupt. But for small companies and the private sector, they will be allowed to fail. So there will be a wave of bankruptcies coming among small companies and in sectors where there is overcapacity, such as solar, cement, steel, property.

Q: The overwhelming consensus among Chinese economists is that there will not be a nationwide property market collapse in China. You share that view. Why?

A: There are at least two markets within the Chinese property markets. Some third-tier or even lower-tiered cities have always suffered from over-supply and insufficient demand. With the current correction, they will suffer more.

But in tier-I and tier-II cities, there is strong underlying demand, even though the price increases have been above fundamentals, such as income growth. Here, we will see less price correction as in the lower-tiered cities because of strong demand.

Q: So you see prices in the Chinese tier-I and tier-II cities will still rise for the long term?

A: Yes, we will see "ascending bottoms" for this part of the market. There will be market cycles, but every new market bottom will see prices higher than the last bottom.

The problem about the Chinese property market is not necessarily if it’s a bubble, but a mis-allocation of resources between tier-I, tier-II cities and other lower-tiered cities.

Q: If there is no nationwide property bubble, why are investors so concerned about the Chinese property sector?

A: When you look at the direct impact from a property market correction, it’s not that big. First, the household sector is quite okay. Chinese families tend to buy homes with lots of cash, so mortgages loans only account for 17% of all bank assets. In the U.S., this number is 79%. In Hong Kong, it’s 43%. So most of households won’t need to go into fire sale.

Direct bank lending to the property sector, including construction, accounts for about 20% of total bank assets. Even a 50% property price correction will only increase Chinese banks’ non-performing loan ratio to about 6% from the current less than 1%. Back to 2004, the Chinese banks’ non-performing loan ratio was around 12%, and China still got by.

What’s making investors uncomfortable is the knock-on effect of a property correction from both price and transaction volume decline. For housing price, I think the most is a 15% to 20% correction. The system can bear with that.

But when transaction volume dries up, which has been happening, it’s difficult to assess how big an impact there will be. About 40% of bank lending is collateralized by property, and another 10% is collateralized by land. In addition, a property slowdown will have a snowball effect on other sectors such as cement, glass, steel, etc. I’m worried about this.

Q: Is this the biggest risk facing the Chinese economy now?