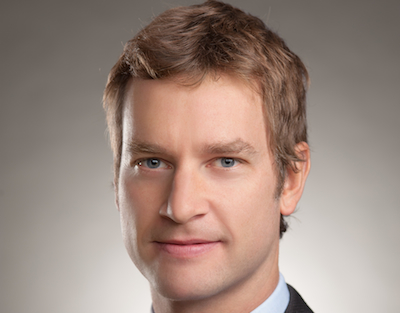 In this episode of China Money Podcast, guest Benjamin Fanger, co-founder of Chinese distressed debt investment firm Shoreline Capital, talks to our host Nina Xiang about the changes he saw in the distressed debt investing space over the past ten years, where he sees future opportunities, and how his firm controls downside risks in a highly specialized investment arena.

Q: Can you first give us some background on Shoreline Capital?

A: I co-founded Shoreline Capital with my partner, Zhang Xiaolin, in 2004 when we were still studying at the University of Chicago Booth School of Business. Currently, we manage around US$650 million investing in distressed debt in China, with over 30 people in the company.

Q: And, you are currently raising a third fund with a US$500 million target?

Q: During the past 10 years, how has the distressed debt investment space changed in China?

A: It has changed significantly. Back when we started the firm, it was not clear what would happen in courts if you were trying to enforce debt. Since that time, the legal environment has improved significantly.

Q: How has China’s legal environment improved, specifically? In 2007, China enacted a new enterprise bankruptcy law, but the new law hasn’t been tested that much?

A: I think the more relevant laws for what we do are creditor rights enforcement, not bankruptcy laws. Creditor right enforcement in China has much more predictability nowadays than before.

Let’s say if you could do ten things in courts in London or New York to enforce your rights as a creditor, you could only do three things with predictability in China ten years ago. Today, you could probably do four or five.

Q: Can you give an example of the things you can do now but couldn’t before?

A: I’ll first say some things that a creditor has always been able to do in China. They include doing searches for titles of a borrower’s assets, putting liens on those assets, and taking the borrower to court. You could also auction certain types of assets off the borrower, things that are not sensitive in the eyes of the local government.

An example of some new things you can do as a creditor in China is pursuing fraudulent conveyance. In a developed court, if a borrower transfers all its assets to another borrower, creditors can sue that (second) borrower as well. Ten years ago, courts in China were not very familiar with fraudulent conveyance. But today, it’s more predictable to pursue this in Chinese courts.

Q: But there are still many things beyond your control. How do you manage that risk?

But in some cases, Western courts would be less predictable than in China. Let’s say I have a borrower who has defaulted on a loan. I have a complete set of loan documents that I have bought from the bad banks in China. If I go through due diligence and find that the borrower owns an office building, but it’s not my collateral, then I can go to a court in China and do a pre-trial attachment of that asset and essentially become a secured creditor. In essence, putting a second-lien on that asset.

This is a very predictable process in courts in China. But this process could be quite difficult if there are counter-claims or other complications in courts in developed markets.

Q: Your business initially was to invest in NPLs in China. Can you explain how did it work?

A: We would buy a portfolio of NPLs from the Asset Management Companies (AMCs), or the so-called bad banks, at significant discount to principle value.

Q: At roughly what kind of prices? Say, 50 cents on the dollar?

A: I would never buy NPLs in China for 50 cents on the dollar, at least not for anything I’ve seen. We would pay much, much more significant discount than that.

Q: What kind of prices are you paying for NPLs now?

A: We purchased a portfolio of NPLs six months ago at less than 20 cents on the dollar.

Q: And this price is still significantly higher than what you paid in the past?

A: Yes. But it’s important to understand that prices viewed as a percentage of principal balance aren’t what matters. What matters is the purchase price relative to what we can collect at the end of the day.

After we buy the NPLs, the first step is to search for any assets the borrower has, such as real estate, equity stakes or bank accounts. Then, we proceed into the courts to put liens on those assets. Once we bring the borrowers to the negotiating table, we will discuss some kind of resolution that hopefully doesn’t involve auctioning off the assets. Only about 5% of our exits end up in an auction. Usually, someone else would want to buy it, or the borrower would want to settle with us.

Q: There are increasing concerns about China’s ballooning debt piles. Where do you see future opportunities for distressed debt investors?

A: First, I’d like to say that China’s over-levered in certain sectors such as corporate borrowings and shadow banking sectors, but it’s not the same type of credit boom that the U.S. had before the mortgage crisis.

The lending to China’s corporations around the year 2009 doubled China’s loan book, which created a lot of NPLs that will eventually surface. In the early 2000s, it was estimated that there were half a trillion U.S. dollars of NPLs. Today, NPL estimates in China are around two to six times that number. This is where I see tremendous amount of opportunities going forward.

Q: Where do you see the peak of NPL ratios for Chinese banks during this cycle?