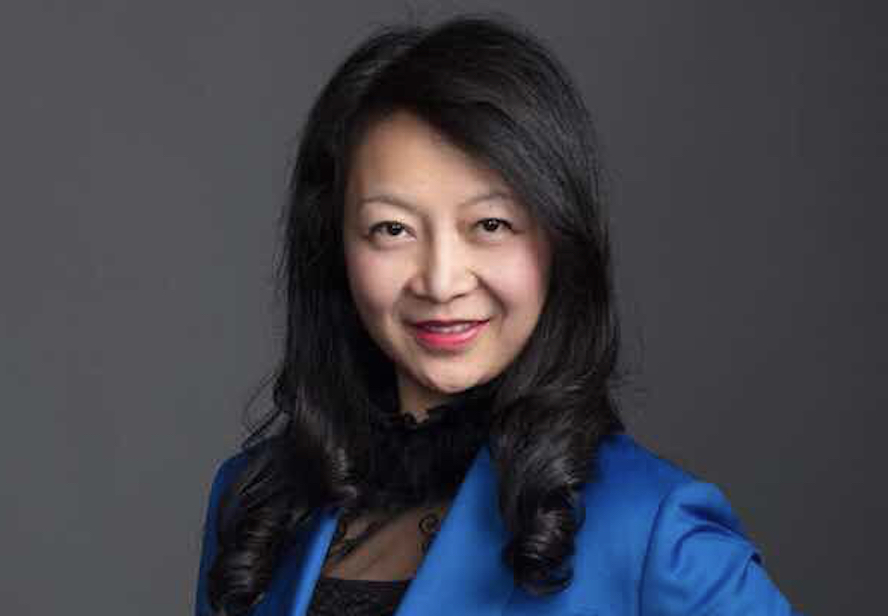 China is home to 137 unicorns, or private companies valued at US$1 billion or more, boasting a combined valuation of US$659 billion. It’s a concentration  far greater than in any other nation, including the U.S., according to China Money Network’s own China Unicorn Ranking.

But Zhang, who formerly headed the private equity arm of China Asset Management Co., Ltd., one of China’s largest fund managers, believes that it still makes sense to buy Chinese tech stars at what some might consider exhorbitant valuations to achieve returns of "two or three times of investment in one to two years."

For example, Zhang reckons that the valuation of Chinese news recommendation and entertainment content platform Toutiao is "quite reasonable, even cheap," she told China Money Network during an interview at Hong Kong’s Cheung Kong Center.

She noted that Toutiao has a current valuation of US$20 billion, while recorded revenue of nearly RMB16 billion (US$2.55 billion) in 2017, up from RMB6 billion (US$955 million) in 2016. Baidu, by comparison, has a current market capitalization of US$77 billion, even though Baidu recorded revenue of just RMB13 billion in 2017. As such, Toutiao could be worth a lot more than its current price tag after an initial public offering.

Another Chinese tech company Zhang feels bullish about is Xiaomi Inc, the Chinese smartphone and smart device maker. Xiaomi, she predicted, could be a more affordable version of Apple for the world’s middle class consumers. Given the potential size of the global market, Zhang estimated that once the company starts to monetize its comprehensive and massive user data and generate revenues from other areas such as gaming, "(Xiaomi) could be worth probably over US$100 billion in two year’s time with potential to climb even higher."

FutureX Capital has secured initial investor commitment of US$200 million, and Zhang is looking actively to invest into companies similar to Toutiao and Xiaomi. This investment strategy has worked for her in the past. While at the private equity arm of China Asset Management she and her team invested RMB13 billion (US$2.07 billion) across five funds from 2014 to 2018  into companies like Alibaba Group, Chinese photo touch-up app Meitu, Chinese Groupon-like company Meituan Dianping, ride hailing firm Didi Chuxing and Kingsoft Cloud. Most of these companies, despite large valuations, have seen valuations multiply steadily over the past few years.

Q: Can you give us an overview of your past work and why you started your own fund?

A: I started my investment career at one of the largest mutual fund managers in China, China Asset Management, and observed big changes in the investment industry and in our portfolio companies. In 2011, I proposed to expand the company’s business into private equity. Over the next five years, we made concentrated investment into ten companies including Alibaba, Meitu, Dianping, Didi, Kingsoft Cloud and others, which have all assumed leading position in their respective industries. Out of those ten companies, we have exited from eight with IRR of over 50%.

Q: Coming from a public equity mutual fund background, you must have both a public equity and private equity mindset. Can you tell us a little more about your new fund FutureX Capital and its investment strategy?

A: When I founded the private equity business in China Asset Management in 2014, I made a very clear strategy to do mid-to-late stage investment, including PIPE (private investment in public equity), pre-IPO and IPO deals. We plan to continue this strategy at FutureX.

Q: The valuations of  Chinese new economy companies are already very high. How do you make late-stage investments into companies that are already so highly valued?

A: Being secondary investors for over ten years, we have seen the secondary market and public markets up and down and experienced many cycles. Some private companies are very highly valued now and probably will see their shares fall if they go public today. But that’s not the case for every company.

Q: Toutiao, a company you may consider investing in, is valued at about US$20 billion. What’s your outlook for the company’s future and how its valuation is likely to change?

A: We first researched Toutiao back in 2015. We didn’t make any investment back then because at that stage it was too early for us. In 2017, however, we gained a very clear sense about Toutiao and I believe Toutiao has undergone big transformations from a one-product company to become a platform company with multiple products.

The Toutiao news app was quite successful in maintaining and growing user internationally, but its short video app Douyin, Xigua, Huoshan, and Q&A app Wukong have all been very successful. The company’s organization and revenue structure have all changed into one that represents a typical platform company, which we are very familiar with.

Q: How do you determine valuation for a company like Toutiao?

A: I think Toutiao’s valuation is quite reasonable, even cheap. The revenue of Toutiao in 2016 was only RMB6 billion. In 2017, it’s close to RMB16 billion.

Q: Where do you see the growth coming from?

A: From advertisement and other sources like short videos, which are free right now but have a lot of upside considering the content value and platform value.

Besides, Toutiao has a very strong team. Our interaction with them shows they are a fast-growing and united team, with energetic people passionate about their growth.

As for the source of potential revenue, the advertisement by itself has a huge market potential. Toutiao could offer advertiser very accurate information about its users, which is very powerful information that will create a lot of value.

Another potential in Toutiao is in live streaming performance and games. Douyin has been very popular among youngsters with lots of social value. With five to six successful products, Toutiao has demonstrated itself as a strong platform operator consistently, successfully delivering new products with the core driven by big data and AI.

Q: We’ve seen American companies like Facebook facing significant pressure about user data breaches. Toutiao faces similar regulatory and user backlash as users become increasing aware of how their data would be commercialized or sold. What’s your view on this risk for Toutiao?

A: Content and regulation risk have always been the biggest risks for Toutiao, but it’s the same for other data companies like Tencent, Facebook and Alibaba. Platform companies are bound to have this risk since they are just too powerful, having over several hundred million users.

Toutiao has strong capability since they have been handling risks for the last six years very ably. The same goes for government regulation. We invested into Didi one year before relevant regulations came out. We knew it was the biggest risk, but made the investment anyway, because the evaluation was too attractive and it was clear to us that this was definitely going to be a leading platform company.

Q: For Toutiao, what is a comfortable entry price for you in terms of valuation? Currently it’s about US$20 billion.

A: For each company we invest in, we aim to achieve at least two or three times of our original investment in one to two years. Otherwise, we will not even invest. Toutiao is definitely a very strong player in the first-tier space in the high-tech industry in China. These tier-one plays have potential to reach over US$100 billion in market cap. Today, Baidu has a market cap of nearly US$80 billion. If you look at in one to two years, I think Toutiao has the potential to reach over US$100 billion in valuation.

Q: Let’s discuss Xiaomi Inc, a Chinese smart phone maker that manufactures probably hundreds of products ranging from rice cooker to floor cleaner and TVs. Xiaomi is currently one of the highest valued Chinese unicorns worth about US$68 billion. The company is planning an IPO very soon. How will the company do with public investors?

A: Xiaomi is very unique, you can’t find a similar company around the world. It would become an Apple-like company but with affordable prices for global consumers. It has a hardware setup platform like Amazon with a little bit of Google’s ecosystem platform.

Lots of middle-class consumers around the world are no longer satisfied with low price range products. They want good products with affordable price and a good brand. Xiaomi is the right platform and brand for them.

Xiaomi has grown from its low price position making cheap smartphones six and seven years ago to making high quality yet affordable products. Now smartphones only consist a small part of Xiaomi’s ecosystem, which include many smart devices for the home and elsewhere.

Xiaomi has huge potential not only in China but also globally. Less than one out of five people globally has consumed Apple products. But Xiaomi is targeting a bigger demographic worldwide, so Xiaomi’s market potential is much larger than Apple.

Q: Do you think the current valuation of US$68 billion is reasonable?

A: In a Xiaomi IPO, the company is definitely worth over US$80 billion or probably over US$100 billion in two year’s time, with potential to climb even higher.

Q: what’s the driver behind this value growth?

A: Xiaomi’s hardware doesn’t contribute much to its profits right now, but its platform and Internet services are still growing very rapidly. Xiaomi could make money from games, e-commerce and data. Xiaomi has more data on single user than any other app since users could use Xiaomi’s phones, PC, TV, air purifier and many other items, allowing it to know everything about the user in and out.

Last year, Xiaomi made about over US$1 billion profit. That’s only from a few potential profit segments. So I see Xiaomi still has huge potential on the revenue side.

Q: Lastly, since you’re investing into companies that are likely to pursue an IPO very soon, what’s your view on how to choose where to list for Chinese tech companies? We have seen stock exchanges both in Hong Kong and mainland China competing for unicorn companies to list on their exchanges.

A: For the past six years, I have been advising companies to delist from the U.S. and go for an A-share listing, and I’ve also advised companies listed in A-shares to delist or pursue duel-listings.

All three stock markets, U.S., Hong Kong and A-shares have their own pros and cons. The best solution for me as a company definitely is to list on all three stock exchanges, especially for a unicorn or super unicorn with abundant resources and time.

There is a lot of money hungry for high-valued TMT and high-tech players but right now there’s only a few to choose from in Hong Kong. One advantage of Hong Kong is it’s good for companies with international ambitions, including Didi, Meituan, Toutiao, Kingsoft and Xiaomi.

If they want to expand internationally, Hong Kong is a great place to get support from investors from all over the world. To pursue major acquisitions, companies will have the people, money and the whole legal and financial infrastructure to support them. For those companies dreaming big, Hong Kong is definitely a great place to be, especially in the next two years.

Cynthia Zhang is founder of FutureX Capital, a private equity firm focused on making mid-to-late stage investments in promising tech companies in China. Previously, Zhang was the managing director of the private equity arm of China Asset Management, one of China’s largest fund managers. During her years there, she and her team invested in companies including Alibaba, Meituan Dianping, Meitu and Kingsoft Cloud. Earlier in her career, she worked at Merrill Lynch Securities and Delta Partners.