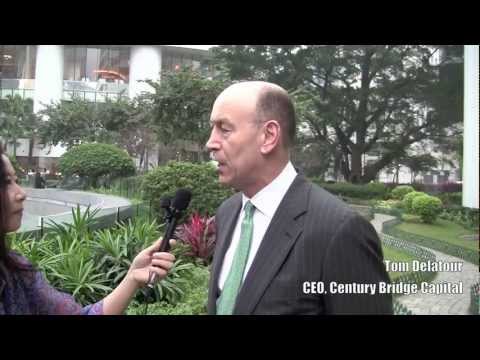 In this episode of China Money Podcast, guest Tom Delatour, CEO and co-founder of Beijing-based Century Bridge Capital, discusses the opportunities in investing in China’s residential real estate in its second-tier cities.

Listen to the full interview in the audio podcast, watch an abbreviated video version, or read an interview excerpt.

Q: First give us a brief introduction of Central Bridge Capital?

A: We are Beijing-based and focus on investing in China’s tier two cities with regional developers to build housing that the middle class can afford.

Q: There are different styles to invest in real estate, you can take a minority stake, majority stake or form a joint venture. You can also make on-shore and offshore investments. What are the pros and cons for each, and which strategy do you prefer?

A: Some people who do it offshore think that someone else would already have the structure in place and getting your money invested is a simple process. But you are actually separated from the real assets. So that has risks associated with it.

Then you can do an on-shore investment. Most people have some kind of contractual joint venture with a developer. They may put 70 percent or 80 percent of the equity up, or they only put up 40 percent and have the developer put up 60 percent. But you have better control rights when you do it onshore.

A: When you form a joint venture with local partners, how do you make sure that interests are aligned between the developers and investors like you?

Q: This is a critical question. The consensus is that you want the developer to also put some equity in. There is a difference in opinion about how much is enough, whether it’s 20 percent or 50 percent. But you want to make sure that the developer has equity involved, and most foreign investors want to have a situation where they can get their money out quicker and give up much upside to that developer.

A: Lastly, you’ve made your money. What are the challenges repatriating that money offshore and how do you manage that?

Q: If you bring the money in correctly, legally through the proper channels, and you are investing in sectors that the government encourages, then the repatriation process is an administrative process, and it’s timely. Everybody has heard horror stories. But when you dig deeper into these stories, usually it’s someone who’s investing in something that the government really is not encouraging, or they didn’t bring in the money through the proper channels.

Tom Delatour is CEO and co-founder of Beijing-based Century Bridge Capital, a firm that invests in residential properties in China’s second-tier cities. Delatour previously managed the real estate investments of the Robert M. Bass organization. Before that, he was with Lincoln Property Company and KPMG Peat Marwich.