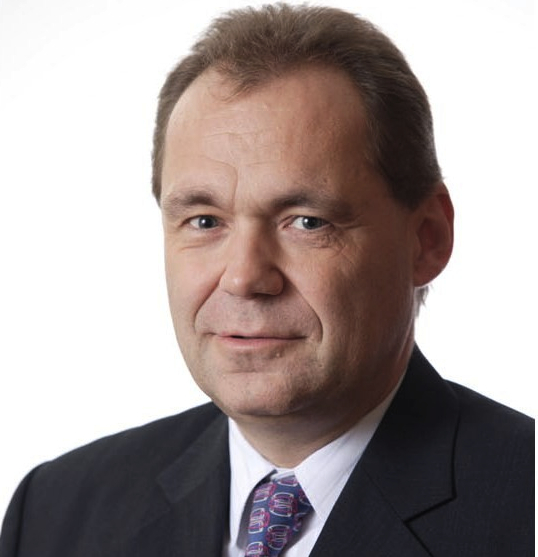 In this episode of China Money Podcast, guest Thomas Hugger, CFO of Leopard Capital, a private equity firm focused on investing in Asian frontier markets, discusses the successes and failures of his firm’s investments in Cambodia, the impact on frontier markets from a slowing Chinese economy, and why frontier markets offer better risk-return profiles than emerging markets.

Q: First give us a brief introduction of Leopard Capital?

A: Leopard Capital was founded in 2008. Our general goal is to make private equity investments in frontier markets. We’ve raised two funds so far. In March 2008, we raised our first private equity fund to invest in Cambodia. Another fund was raised to invest in Haiti. We are hoping to launch two additional funds to invest in Bangladesh and Bhutan this year.

We’ve met hundreds of potential institutional investors or high-net-worth individuals. They are extremely interested in Asian frontier markets, but they are concerned to invest their money for ten years in a private equity fund in a single country like Cambodia. They want more diversification and more liquidity. So earlier this year, we launched a fund to invest in listed equities in Asian frontier markets, including Cambodia, Bangladesh, Laos, Vietnam, Sri Lanka, Pakistan, Mongolia, Papua New Guinea, and Myanmar. This is our Leopard Asia Frontier Fund, which I manage at the moment.

Q: How much capital do you have in these funds?

A: The Cambodia fund has US$34 million. The Haiti fund has US$20 million. For Leopard Asia Frontier Fund, we start with money from family and friends, and we are going on road shows to raise more money. At the moment, we are at US$2 million.

Q: There is certainly lots of interest in frontier markets now. When you talk to potential investors, what’s the biggest concern that they have?

A: Their biggest concern is liquidity and execution of investments. Their question is: Are these countries ready for private equity investments?

We try to tell them that it’s possible to make private equity investments in these markets. For our Cambodia fund, we are in our fourth year. We are fully invested and had two exits. So we are convinced that it’s possible.

Q: Can you give us more background on the two exits you achieved in Cambodia?

A: One is a pre-IPO deal in Laos (Cambodia funds normally invest in the Mekong region). We invested a couple of months before an electricity stock was listed. The other is a structured deal in a telecommunications company in Cambodia, which is supposed to run for two years, but we exited at one year and three months.

We source these deals through our own relationships. We have about 20 shareholders in Leopard Capital. Our chairman is Marc Faber. So we get a lot of referrals.

Q: For the Cambodia investment, how did you exit, exactly?

A: In this particular case, the deal was financed by a Chinese bank. There are a lot of interests from the Chinese on Cambodia’s telecommunications sector. In general, when we invest, we don’t assume we can exit through an IPO. We will normally do a trade sale.

Q: What kind of deal volume is there every year in these markets? How does valuation compare with other markets like China and India?

A: Don’t forget our fund is only US$34 million. We want to have a diversified portfolio, not only by industries, but also by investment styles. The average deal size is anywhere from US$1 million to US$5 million. And it’s 100% our own equity.

It’s difficult to compare valuations because some of our investments in Cambodia are bordering venture capital. Some are green field projects (meaning you start a business on a green field where nothing is there). We did one mineral water project and one beer brewery called Kingdom Beer in Cambodia.

When we make investments, we always use 25% IRR as our benchmark.

Q: Can you share one or two investments you made that didn’t turn out as expected, and the lessons you learned from them?

A: We invested in a shrimp processing company in Cambodia. Our partners were foreigners, not local Cambodians. We came in when the factory was just started. We expected it to be a passive investment and we had one seat on the board. Unfortunately, we became much more involved. The company didn’t make money according to the business plan.

The problem was not that we didn’t have enough clients. We had a lot of interest from international purchasing of processed shrimp. The problem was on the supply side. In Cambodia, there are no shrimp farms. The company’s specialty was wild-caught shrimp. We knew the catches of shrimp in the sea are volatile. We had estimates, but we weren’t able to secure enough supply of wild shrimp. We put more capital into the factory, but had to close down the production in the end.

Q: China is the growth engine for Asia. With its economy slowing, how will it impact Asian frontier markets?

A: Frontier markets will have less consumer demand from China. But I also see positives. Factories in Southern China are closing down because of rising labor costs. Those factories could potentially move to Cambodia, Laos and Bangladesh for cheaper labor.

We are looking more at manufacturing, textile and leather, especially in Bangladesh. The biggest risk is exit. Sometimes, these factories rely on only a few big clients. The cycle is also short, as the search for cheaper labor will move factories to perhaps Africa in some years. So the factories might not be so valuable in four, five years.

Q: You have been traveling to Cambodia for many years. Tell us the changes you’ve seen there?

A: I go there every four to six weeks, and each time there are positive changes. There are more highrises, more construction, and the roads are better. There is more traffic, nicer cars and people are dressed more nicely. Restaurants are popping up everywhere.

Thomas Hugger is CFO of Leopard Capital, a private equity firm focused on investing in frontier markets, particularly Asian frontier markets including Cambodia, Bangladesh, Laos, Vietnam, and others. Hugger spent 27 years in private banking, most recently as managing director at LGT Bank in Hong Kong. Earlier, he worked at LGT Bank in Zurich and Bank Julius Baer in Zurich and Hong Kong.