In this episode of China Money Podcast, Dalton Investments‘ Shanghai-based portfolio manager, Tony Hsu, explains to our host, Nina Xiang, how to execute the playbook of Warren Buffett in China, the reasons why Dalton’s Asian equity strategy has consistently beat the market and his outlook for the markets in 2013.

Q: First, give us a brief introduction of Dalton Investments and Dalton’s Asian equity strategy?

A: Dalton Investments was founded on the opportunities that arose from the Asia Financial Crisis in the late 1990s. Dalton is a value-oriented investment management firm with a focus on capital preservation and long-term growth. Today, we manage about US$2 billion in separate accounts in hedge fund strategies for a number of pension funds, endowments, foundations and family offices.

Our main strategies include global equities, Asian equities, distressed debt and distressed mortgages. About 50% of our total assets are in Asian equities. We run a Dalton Asia Hedged Strategy, which was launched in the beginning of 2008. Since the inception, the Dalton Asia Hedged Strategy is up nearly 50% while the MSCI Asia Index is down nearly 20%. As of the end of this February, the strategy is up over 6% while the MSCI Asia Index is up 4%.

Q: Your Asian strategy uses long-short tactics. What kinds of stocks do you normally short?

A: From the long side, we want to invest in entrepreneur-led undervalued companies. On the short side, it is exactly the opposite. Our short book is mostly filled with state-owned enterprises (SOEs) where senior executives tend to be former politicians or state appointees.

One of our current short positions is a state-owned oil and gas exploration company in Thailand. The company was pressured by the government to expand aggressively overseas and has made a series of over-priced acquisitions in Canada and Africa. Since 2010, their intangible assets have grown 20 times. We believe if the goodwill gets written down – and we think it will – it will hurt the share price.

Q: Within the Asian equities market universe, how attractive do you find the H-share market right now?

A: We generally invest in the H-share market and do not invest in the A-share market. There are far more entrepreneur-led companies listed in Hong Kong that are focused on increasing shareholder value, while the Shanghai (Stock Exchange) is filled with SOEs. Currently, we are running about a 30% net long exposure in China through Hong Kong listed stocks.

Q: Among your China-themed investments, do you favor any particularly industry?

A: We don’t. We do, however, favor those family holding companies that are trading at a large discount to Net Asset Value (NAV).

Q: What are some other valuation metrics you look at?

A: We look at many other metrics such as price-to-book and EV (enterprise value)-to-EBITDA (earnings before interest, taxes, depreciation and amortization) on a regular basis.

Q: Surely, your due diligence process goes beyond the computer screen?

A: Absolutely. Investors have to be careful in emerging markets such as China as managements are not always shareholder friendly. We try to mitigate this risk by investing in companies that are run by entrepreneurs with significant skin in the game. Also, we favor companies that are run by second or third generation entrepreneurs who have experienced previous downturns.

Moreover, our process involves research on the executives themselves, including understanding the family background and whether they have large outside interests. We want to make sure the family’s wealth is tied to the publicly listed entity. If they have a lot of outside interests and each entity is doing business with each other, then investors are susceptible to transfer pricing and other risks surrounding corporate governance.

Q: How many stocks do you usually hold in your portfolio? Do you have a more concentrated portfolio or you tend to focus more on diversification?

In North America, you can make a value strategy work by investing in cheap companies (alone) because internal and external pressures will eventually make the company change (and its stock prices converge with its intrinsic value). But in Asia, those pressures don’t exist. So we try to promote management actions to increase shareholder value through what we call "friendly activism." We write letters to management and meet regularly with the entrepreneurs to encourage (value enhancing) actions such as increasing dividends or share buybacks.

Q: Can you give us an example of your successful investments that has contributed to your returns?

When we initiated the position in the fall of 2011 the stock had a market capitalization of less than US$200 million, and traded at a price-to-book ratio of less than 0.5 times.

Q: Any particular reason why it’s trading so low?

A: In late 2010, Himax’s largest customer, one of the largest LCD panel makers in the world, decided to diversify its suppler mix. So Himax’s sales to them went from nearly 70% of its total sales to 30% in a short period of time. Its share price collapsed, but Himax adapted quickly and was able to increase sales in the fast-growing small panel segment for smart phones and tablets. Since then, Himax’s stock has significantly outperformed the market. We think it still trades at a reasonable valuation given its growth prospects.

Q: Share with us some investment decisions that you regret and the lessons you’ve learned?

A: A few years ago, we shorted a Chinese state-owned construction company that was extremely overvalued at the time. (After we took our position,) the stock price rallied, and it became a larger position in our portfolio. Moreover, as the share price moved up, we added to our position as we believed the fundamentals of the company were still not right.

In the end, the share price did fall and we made a profit. But initially the stock price shot up for the next three months after we shorted it, and it took about eight to nine months for the share price to collapse.

The lessons learned are that we can’t time the market, nor do we try to time the market. We are patient investors and allow time for our thesis to play out.

Q: Lastly, what’s your outlook for the H-share market this year?

A: I think overall there will be a lot of volatility, and stock pickers like ourselves will benefit. In 2008, pretty much everybody lost money, and most people made money in 2009. From 2010 onward, we have seen some real alpha being generated by stock pickers. I think 2013 will be the same. 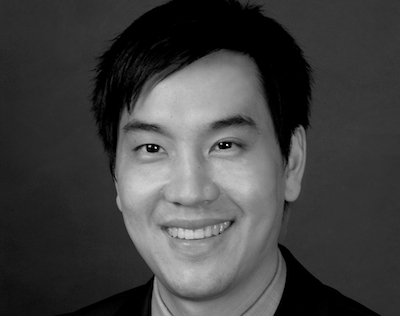