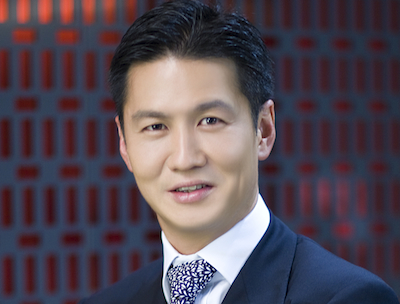 Gaw talked with our host, Nina Xiang, about where in the Chinese property market he sees price corrections this year, why his firm is staying on the sidelines investing in Hong Kong, and his thoughts on Gaw Capital’s performance.

Q: Are you concerned about the recent market jitters on the financial health of Chinese property developers?

We are in this type of situation where the government is trying to take away excessive liquidity in the market, so that the (housing) prices may correct or slow down. There will be tightening in some of the developers’ finances. It’s actually a good opportunity for us to put capital to work in China.

Q: How big will this type of distressed opportunity be?

A: I think it could be quite big. This new government has strong resolution to change the economy structurally, which will create volatility in the market. Particularly in high-end homes in tier I cities where there are a lot of speculative investments, meaningful correction should take place.

Q: How big a correction?

A: For some of the high-end residential projects in Beijing and Shanghai, a correction of 10% is probably not excessive.

I’m less concerned about residential properties in tier II or tier III cities because they are still experiencing high growth. The government policy there is to encourage more supply and better housing to meet housing demand.

Q: But you believe that’s where troubles in commercial property might be?

A: Yes. There have been massive investments in shopping centers and office space in a lot of these tier II and tier III cities.

The problem is that these cities are populated more by domestic companies, private entrepreneurs and state-owned enterprises. They historically would rather own their property than rent. So it’s harder to build investment grade asset and fill them with enough multinational companies.

Q: Any predictions here about the scale of price corrections?

A: I would say for the big tier II cities like Chengdu and Nanjing, correction is less. But a 10% to 15% correction is not out of the question in the next five years.

(The bigger concern) is the retail property sector in certain cities like Shenyang. I’ve never seen so many shopping centers in one city. On top of that, Chinese consumers are quickly adopting e-commerce. As a result, there might be a shake up for these type of properties.

Q: With your projections in mind, what kind of impact will they have on Chinese banks?

A: It may be a little bump. Remember, China is a closed system. Municipal debt is central government debt. Banks are state-owned. Banks lend mostly to SOEs. So it’s almost a test of the will of the central government. Do they want someone to fail? As a private businessman, you have to take a bet on the government’s resolve.

Q: Your bet is that this government will let default happen?

A: If they believe it’s not contagious, they will probably let some small firms fail. Just to set an example that they are not going to protect everyone. That’s purely my own guess.

Q: For Hong Kong’s property market, do you agree with the mainstream projection that a correction is coming this year?

A: Hong Kong’s low tax environment, as well as it’s currency being pegged to the U.S. dollar and the high-growth economy of mainland China, create a perfect recipe for asset inflation.

Right now, Hong Kong’s government is introducing a lot of restrictive measures to try to correct the housing market. Until the day when Hong Kong can adopt the RMB as its currency, or unpeg from the U.S. dollar, it’s tough for a businessman to figure out whether to invest in Hong Kong or not.

Because all of a sudden, government policies are playing a bigger and bigger role in the property prices. That’s unpredictable. Our capital is staying on the sidelines right now in Hong Kong until we get a better signal about the government’s intentions.

Q: So do you see a price correction in Hong Kong?

Q: Now let’s move on to Gaw Capital. Tell us a bit about your firm?

A: We started in the mid 1990s in the U.S. with our first project, which was to revive the Hollywood Roosevelt Hotel. Then I saw the correction in Hong Kong in 2000 and 2001, followed with SARS (Severe Acute Respiratory Syndrome). I said to myself that there was finally an opportunity to play in Hong Kong and in China.

In 2005, we raised our first private equity fund, and now we are onto our fourth (China-focused) fund. Our investors include several sovereign wealth funds, six U.S. and European pension funds, as well as endowments.

Q: You have raised a total of US$3.7 billion since 2005, but currently manage US$7.5 billion. What is the second number?

A: It’s the equity we have deployed.

Q: So you used some leverage?