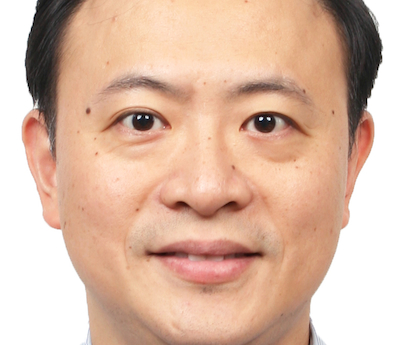 In this episode of China Money Podcast, guest Bing Lin, portfolio manager at Hong Kong-based US$1.4 billion-under-management Keywise Capital Management, speaks to our host Nina Xiang about why he believes there are still many major overseas listed Chinese companies with fraudulent accounting practices, and how 2014 will be a great year for shorting certain overseas-listed Chinese stocks.


A: In general, I think it’s good news. We will see the valuation gap among large cap stocks between the two stock exchanges close up.

Q: We did see the Hang Seng China AH Premium Index, a measure of the valuation gap between the A-share and H-share market, rise to 95 on the news. That’s very close to the 100 level that signals parity between Shanghai and Hong Kong listed shares. What type of trading opportunities does this create for hedge funds before the program’s official launch in about six months?

A: We are buying high quality names (based on fundamental research). For example, there are many small- and medium-sized companies listed in Hong Kong that are generating earning growth of 20% to 30% year after year.

But they are traded at single digit multiples. The reasons are that there is little (research) coverage on these stocks, and big institutional investors and local Hong Kong investors tend to buy mostly big-name stocks.

In China, the small- and mid-cap stocks are trading around 30 to 40, over even higher, multiples. So with the current regulatory change, we think it will serve as a catalyst for value to be realized.

Q: The Shanghai Composite is valued at 7.6 times 12-month projected earnings, compared with five-year average multiple of 12.1. Do you see the market sentiment turning any time soon?

A: The Chinese macro environment is weak, and the stock market is undervalued. But it’s hard to time the market. If the macro issues in the Chinese economy, including bad loans in the banking sector, risks in shadow banking, over-supplies in the property market, are dealt with, they might provide catalysts for the stock market to turn around.

Q: Now let’s talk about Keywise Capital. Give us a brief introduction of the firm?

A: We are a Hong Kong-based hedge fund with US$1.4 billion under management. Our strategy is long-short equities. We typically buy high quality names at reasonable prices, and short those with broken business model or accounting fraud in the Greater China region.

Q: A short position Keywise engaged in was China Metal Recycling Holdings, which has been wound up because of accounting fraud. Do you still see many opportunities to short Chinese companies based on accounting fraud?

A: Based on my experience and observation, I think there is still widespread accounting abuse among listed (Chinese) companies, even some large ones.

There are no strong forces in Asia, in general, to go against those companies. Due to culture issues and regulatory framework, hedge funds here have not been aggressive in pursuing those opportunities.

Q: What type of accounting abuse is there?

A: For example, revenue recognition. We are seeing some companies booking revenue on a gross revenue basis, which will massively inflate their revenue.

A lot of companies also have unfair related party transactions, such as acquisitions. They may be paying inflated price to a small business, which is damaging to minority shareholders.

Q: If like you say, accounting fraud is widespread, your short position based on accounting abuse might take a long time to materialize, or may never materialize?

A: Shorting is very difficult. You need to have faith in your investment decision, and also have guts. You have to strongly believe that companies that utilized accounting frauds to maximize short-term profits, the issue will surface eventually.

But sometimes, you might just be too early. The key is to keep a pace on the investment. Maybe initially putting only a small position, and add on the cost gradually.

Q: What do you think should be done to help improve the situation?

A: The Hong Kong Stock Exchange is still quite relaxed on independent director rules. In the U.S., if you are listed on the mainboard, the majority of the directors need to be independent. But in Hong Kong, the requirement is only one-third.

There is also no regulation on class action lawsuit in Hong Kong. As a minority shareholder, you can still sue a company, but it’s very difficult and costly.

But in the class action lawsuit in the U.S., the lawyers actually get involved. They get contingency payment if the lawsuit is successful. So the government needs to set up a better framework for minority shareholders to enforce changes.

Q: Aside from accounting fraud, what other short opportunities do you see?

A: We are seeing a lot of companies whose business models are becoming obsolete. For example, in the education sector, we are seeing the online business taking market share and profit from the offline business.