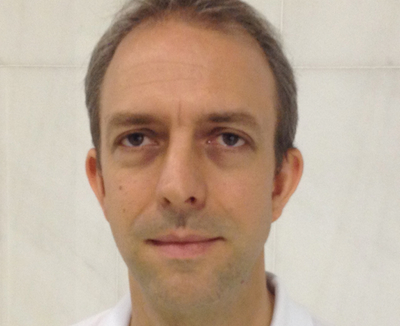 He discussed the performance of Greater China-focused hedge funds, why it is less correlated to the market than the global hedge fund sector, and his outlook for the Chinese hedge fund space.

Q: Greater China-focused hedge funds posted a loss of 2.27% in April, compared with the broader Asia ex-Japan hedge funds, which had a loss of 0.70%. How have Chinese hedge funds been performing so far this year?

A: Well, if you look at year-to-date, Greater China-focused hedge funds have been down about 4.4%. The global index is up less than 1%. So they have certainly underperformed the global index. However, looking at the performance of a few months is a very short-term view.

Q: Let’s look at longer-term performance then. In 2013, Greater China-focused hedge funds outperformed the Hang Seng Index, which was up 0.1%, by returning on average 16%. How does it compare with historical records?

Q: How correlated are their performance to the market?

A: Actually, Greater China-focused funds are loosely correlated to the broader equity market, as compared to the whole global hedge fund industry.

I think that’s because as a percentage of China’s capital markets, the Chinese hedge fund industry is still very small. The managers there have more opportunity to exploit the inefficiency within the market, and really extract alpha.

Q: That’s interesting. Does that mean as the Chinese hedge fund industry grow, their performance might become more like their global peers, meaning more correlated to the market and maybe with lower returns?

A: That’s certainly possible, but it won’t happen overnight. If you look at the Asian hedge fund space, the first Asian hedge fund was launched around 1989. Gradually, as the industry grew, particularly through long-short equity funds, we did see a closer correlation to the Asian equity market. I suspect you would see similar trends for the Chinese hedge funds, as trades get crowded out.

Q: What are some new trends and developments that you see in the China hedge fund sector?

A: On a whole, these nominees returned between 25% to 40% in 2013. They are not necessarily the most gungho funds, but definitely solid performing funds. Their assets vary from US$250 million to US$350 million, up significantly from five years ago, when funds may have only US$5 million to US$20 million under management. All of them are long-short equity funds, with Prudence Enhanced Income Fund being the only exception as a fixed income fund.

Q: Aside from Chinese hedge funds’ future growth, what other outlook do you have?

A: Well, post the financial crisis in 2008, it has been increasingly more difficult for hedge funds to launch funds and raise capital, except those very large well-known brand names.

But there are actually a lot of fantastic fund managers, particularly boutique funds, who represents a great venue for opportunistic investors who are looking to diversify.

Alexander Mearns is the CEO of hedge fund research firm Eurekahedge, having been with the company since 2002. Previously, he worked as a business analyst at Robert Flemings Asset Management in London. He also worked for the British Government as an Energy Analyst with the Department of Trade and Industries.