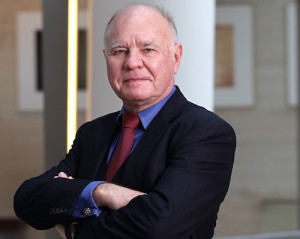 Dr. Faber played a game of Long & Short, where he spelled out his view on central banks, currencies and commodities, among other items. Then, he gave probabilities on a number of possible world events and explained his reasoning.

Here are Marc Faber’s long and short bets, in the time frame of the next one to two years.

In a game of probability, Dr. Faber made guesses about how likely a number of world events would occur.

A: 100% probability. We are in a lengthy expansion already, far above the average expansion in the 20th century. We have a lot of imbalances, in my view a recession is inevitable. But unlike central banks, I do not regard a recession as negative. It’s like the human body, an economy also needs a resting period occasionally to adjust. A recession is not something that has to be avoided at all costs.

The European Union will break up by 2020

A: 80%. Economically, the EU would probably will break up. But it’s also a political issue as there may be lot of political obstacles to complete a split from the EU. Some countries like Austria or France would like to split from the EU, but if they could do it in practice is not entirely clear to me.

A: 60%. But I hate to put in a price, as my projection is that gold price will go up against the loss of the purchasing power of paper money.

The RMB will depreciate 10% from current level against U.S. dollar before 2017

A: 20%. Unlike other people, I’m not that bullish about the U.S. dollar. I don’t see anything much great about the U.S. economy. On the contrary, China is still a competitive country even if wages have gone up substantially. I don’t see the necessity for China to devalue.

The neocons led by the Bush family are pro-Hillary, because they made a deal with her, in which she does her social agenda in the U.S. while the neocons take over foreign policy. As such, the people in Asia are more likely to become harsher towards China.

In Ukraine, for example, if Hillary’s administration starts a conflict there, the Chinese will react because China now has the power. Nowadays, an aircraft carrier is a sitting duck ready to be shot down.

A: Even if people can live on Mars, I don’t think there will be an economy any time soon.