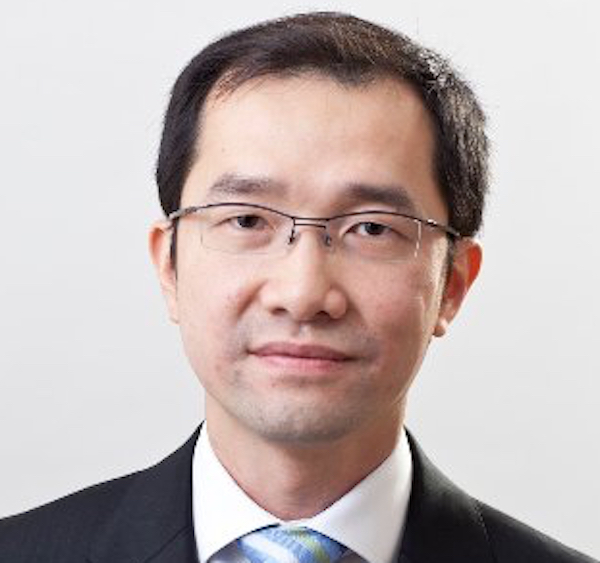 Venture capitalists around the world are having second thoughts about the value of some of their earlier investments. Over the last year, 102 companies were obliged to raise financing at a lower valuations than during earlier funding rounds, according to CB Insights. While only a few Chinese companies are on the list of so-called down rounds, that will not last long as more Chinese tech firms will be forced to raise money at lower valuations, says Tommy Yip, managing partner at US$210 million-under-management Unicorn Capital Partners.

Mr. Yip, founder of the Hong Kong-based fund-of-funds, predicts companies that raised massive series B and C rounds at extremely high valuations, especially O2O (online-to-offline) and P2P (peer-to-peer) start-ups,  may be forced to raise money at reduced prices in order to survive.

"I think for companies like Didi Chuxing, they have pressure from existing investors to go public sooner. But if you look at the capital market, it’s not a great time for companies like Didi to go public because an IPO today means a down round from a valuation stand point," Yip said during an interview with China Money Network on the sidelines of the HKVCA Asia Private Equity Forum 2017 in Hong Kong.

Chinese on-demand local services provider Meituan-Dianping and Chinese smartphone and smart device maker Xiaomi Inc are in similar situations. The peer review and Groupon copycat Meituan-Dianping raised over US$3.3 billion at a post-money valuation of US$18 billion last January, while Xiaomi’s gross worth was set at US$45 billion when it last raised US$1.1 billion in 2014. Investors of both companies have been reportedly seeking to sell shares in private markets at significant discounts.

That could hurt other Chinese companies looking to raise money, especially overseas. Qudian, an installment online shopping platform previously known as Qufenqi, last raised money in October at a valuation of RMB7.5 billion (US$1.09 billion), down from a pre-IPO round two month earlier valuing the company at a RMB10 billion (US$1.46 billion).

Qudian is now rumored to seek US$500 million to US$800 million through a New York IPO during the first half of this year, at a valuation of US$5 billion. Will U.S. investors buy shares at that price? We will soon find out.

A: We believed it was a really good timing. I left Emerald Hill back in the end of 2014 and founded Unicorn Capital Partners with my partners in the beginning of 2015. Over the past few years in China, we actually went through a very interesting period, what we call venture capital 3.0 period, where we see a wave of younger venture capital professionals coming out of top firms to start their own venture funds.

At that time I believe China was going through an inflection point in technology, media and telecom (TMT) sector, where the economy is starting to shift from the old economy to the new. I think in the next five to ten years, the new economy, mainly TMT and healthcare, will be driving a lot of the growth.

We are currently managing two funds, both U.S. dollar funds. Our first fund, I know this is a bit confusing, is actually called Fund Zero, and our second fund is called Fund I. Together, we manage approximately US$210 million.

A: We started the fundraising directly after we established the company back in January 2015, and luckily, it was quite smooth. It was a little bit more than our target of US$200 million.

Q: China’s venture capital sector has experienced a boom and is perhaps adjusting to new realities now. Do you see too many people without enough experience entering the business?

A: What we are seeing today is relatively young economy leapfrogging many developed economies in the west. We’ve seen a lot of new entrepreneurs in the past five to six years, not only raw talents coming out of Tsinghua University and Beijing University like ten years ago, but also  from companies like Baidu, Alibaba and Tencent, who have trained a big group of experienced product managers and engineers that are ready to come out and set up their own start-ups. In terms of talent pools, in terms of opportunities, I think this is unprecedented.

Q: As a fund-of-funds focused on venture capital vehicles, can you tell us a little bit about your screening process?

A: We look at different types of managers in Asia, in particular China. The first type of managers are what we called top-tier managers. There are probably less than ten in total in this category. Our definition of top tier is that they are able to consistently generate out-performance, including the likes of Sequoia and IDG.

The second category, which accounts for a large part of our portfolio, are what we called the VC 3.0 managers, or emerging mangers, such as Banyan Capital and Source Code Capital. They are younger guys, very aggressive, very hungry and also quite experienced. They are first time managers, but not first time teams.

Q: How likely is it that VC 3.0 managers can produce sustained performance?

A: I think it’s still too early to tell. Even for some of the names that came out three years ago, they are still going through their investment period. It’s getting more and more visible, but it will still takes a few more years (to know).

Q: Lots of venture funds are sitting on massive paper gains. How they are able to realize those returns into real profit is a key question. What’s your assessment?

A: I think that’s a very important question. That’s why when we evaluate managers we give a lot of credit to professionals that have been through the cycle. Actually, we like managers that have lost money before, so they remember that it really hurts. We encourage mangers to take the money off the table when they are given a chance, and not to be too greedy.

Q: Currently, there are lots of highly valued technology companies in China. Do you think the valuation of many of them will be written down in the future?

A: Definitely. One thing that is specific to venture capital limited partners is that just because your net asset value is marked up based on a few up-rounds of financing does not mean that it is sustainable, especially in the early days of investing period.

Nowadays, many companies are marked at an extremely high valuation. In fact, when we are assessing our own portfolios, we are applying certain discount to (numbers) provided to us by our managers.

In the past 12 months, we started to see some down rounds. I think those companies that have raised big series B and series C rounds in the past 24 months at an extremely high valuation may have to raise a down round (eventually), especially those with business models that require a lot of cash-burning.

Q: What are some other companies that are facing down round pressures?

A: I think some of the O2O (online to offline) business models have had a really bad year, with a lot of companies actually disappeared. I think some of the P2P (peer-to-peer) financing companies are also facing challenges. You can also see that the overall pace of Chinese venture capital market in the past 12 months has been slowed down, because everyone is looking for a new direction.

I think many investors are looking at artificial intelligence; that is definitely a key word in the market right now. What is driven AI is definitely data, so I think data driven opportunities will be really interesting in the future.

Q: How many funds do you back in total?

A: We have about 20 funds right now with more than a dozen relationships with managers in our portfolio. Currently they are mainly China-focused funds, but we also look at Southeast Asia, India, Japan and South Korea.

Our (China) bias is pretty high. So far we have more than 80% of our capital deployed in China, and we also have some cross-border, such as China-U.S. cross-border exposure as well.

At this moment, we can’t invest in RMB funds, but we have plans to launch a RMB denominated-vehicle in the next 12 months. I think we will start with investing in the RMB vehicles that are managed by our existing U.S. dollar fund managers.

Q: After a decade investing in private equity and venture funds in China, how do you evaluate the performance of this asset class?

A: I think venture has been outperforming in the past ten years or so. The challenge for venture is the holding period is relatively longer, with the real issue being the distributions to paid-in (DPI) multiple.

The DPI has not seen a lot of capital coming back globally in venture asset class in the past three to four years, and all the limited partners are waiting for the IPO market to improve, so some of their big unicorns like Uber, Airbnb and Didi will be able to go public and generate distributions back to LPs.

A: I believe that the return has to be justified and better than private equity, which is a (relatively) lower risk lower return asset class. At the individual fund level, we do expect at least three to five times return on investments.

Tommy Yip is the founder and managing partner at Unicorn Capital Partners, a Hong Kong-based fund-of-funds manager with a focus on Chinese venture capital vehicles. Before founding Unicorn in 2015, he was a partner and head of North Asia at Emerald Hill Capital Partners for over nine years.